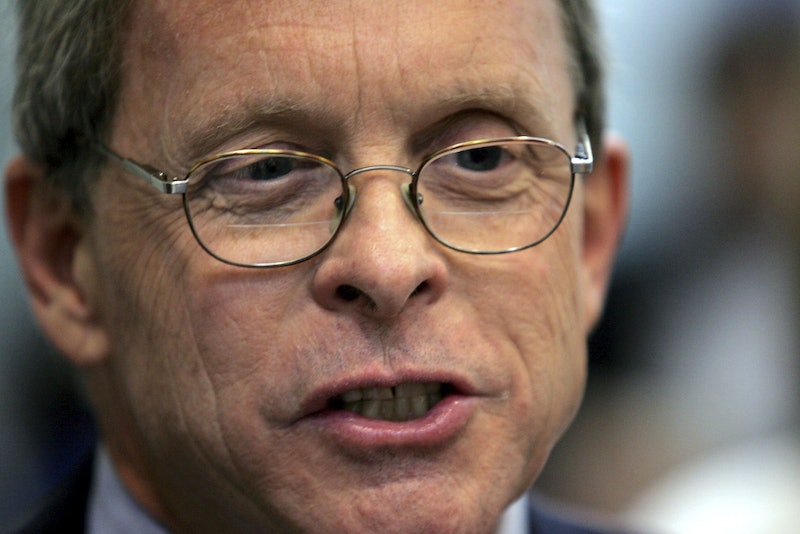 On Monday morning, Ohio Attorney General Mike DeWine held a press conference to announce that four additional adults will be charged in the now-infamous Steubenville rape case. The grand jury is indicting four adults in the community who allegedly played a role in covering up the sexual assault. The only adult who was currently facing felony charges in the case is the school district’s superintendent, Michael McVey.

Steubenville drew national attention after two teens were found guilty of raping a 16-year-old girl in 2012. The two members of the football team who allegedly raped the unconscious girl recorded the attack and disseminated it on social media. The town, which is big into football, immediately turned on the victim, and she received death threats and was placed under police protection.

Following a national outcry, a jury was finally formed to investigate if any adults knew about the attack and played a role in covering it up. Last month, the grand jury made its first arrest, charging the school’s information technology director with tampering with evidence, obstructing justice, obstructing official business and perjury. As Bustle previously reported:

The employee in question is one William Rhinaman, who works for Steubenville city schools in the information technology sector and was arrested earlier today. While the precise nature of the accusations hasn’t yet been released, a grand jury indicted Rhinaman on four charges: Tampering with evidence, obstructing justice, obstructing official business and perjury. His indictment comes as the result of a larger investigation into what role, if any, school authorities played in the aftermath of the 2012 incident.

In addition to McVey and the school’s IT direction, three other adults are now being held responsible. Steubenville High School wrestling coach Seth Fluharty and West Elementary School Principal Lynnett Gorman are being charged for failing to report child abuse or neglect, which is considered a misdemeanor. Matthew Belerdine, a Steubenville High School volunteer football coach, is in trouble with the law for obstructing official business, making a false statement in order to mislead a public official, and contributing to the delinquency of a child.

Attorney General DeWine also took some time in the press conference to reiterate how seriously the state of Ohio is taking the case:

This community has suffered a great deal. I know they desperately need to be able to put this matter behind them. All of us, no matter where we live, owe it to each other to be better neighbors, classmates, friends, citizens. We must treat rape and sexual assault as the serious crime of violence that is. When it’s investigated, everyone has an obligation to help find the truth — not hide the truth, not tamper with the truth, not obstruct the trust, and not destroy the truth.

Well, it's about time.