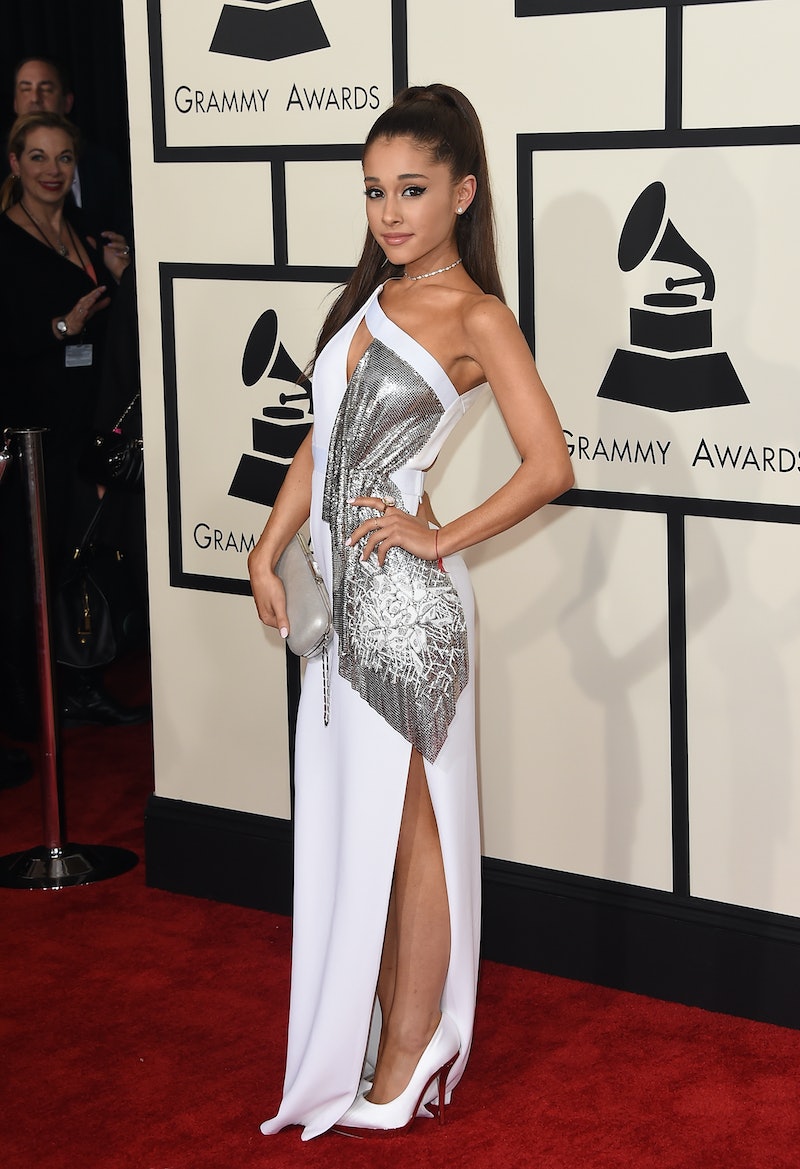 First, it was a story that would infuriate American patriots and Homer Simpson. Now, the law is involved. On Tuesday, TMZ released a security video of Ariana Grande licking doughnuts on display in a doughnut shop, meant for other customers. (Yes, you read that correctly.) Surrounded by a group of friends, the pop singer also said, "I hate Americans. I hate America." Well, there is now a police and Riverside County Department Of Environment investigation into Grande's doughnut-licking going on. And some fans and gawking onlookers might be wondering if Ariana Grande could actually get in legal trouble for her bizarre prank.

For context, the reason why #DoughnutGate became a matter for police and Environmental Health Department investigation is because the doughnuts allegedly made their way to unsuspecting consumers, the Associated Press reports. A spokeswoman for the Riverside County Department of Environment told the AP that the agency was investigating why the doughnuts were left out unprotected and exposed to the public, since that is a violation of state food laws.

It seems like on the end of the Department of Environment, if anything, there was potential for the store to get in trouble for leaving the doughnuts out in the open. "During the investigation, the manager did state they normally don't leave donuts out like was shown in the video," Dottie Ellis-Merki, a spokeswoman for the department, told the AP. "The employee went to the back to retrieve freshly made donuts by request of the customer and left the trays out while getting other trays." The spokeswoman added that the department found no further issues at the store Wednesday. The police so far have not offered further comment other than the fact that they were investigating. When Ariana Grande was asked by the Associated Press about the police investigation, her rep said she would offer no comment.

Grande released an apology on Wednesday to Buzzfeed for her comments about America and Americans, but she has not offered any comment on the doughnut licking. Read her apology below:

I am EXTREMELY proud to be an American and I’ve always made it clear that I love my country. What I said in a private moment with my friend, who was buying the donuts, was taken out of context and I am sorry for not using more discretion with my choice of words. As an advocate for healthy eating, food is very important to me and I sometimes get upset by how freely we as Americans eat and consume things without giving any thought to the consequences that it has on our health and society as a whole. The fact that the United States has the highest child obesity rate in the world frustrates me. We need to do more to educate ourselves and our children about the dangers of overeating and the poison that we put into our bodies. We need to demand more from our food industry. However I should have known better in how I expressed myself; and with my new responsibility to others as a public figure I will strive to be better. As for why I cannot be at the MLB show, I have had emergency oral surgery and due to recovery I cannot attend the show. I hope to make it up to all those fans soon. That being said let me once again apologize if I have offended anyone with my poor choice of words.

We will have to stay tuned to see what happens next in the #DoughnutGate scandal.