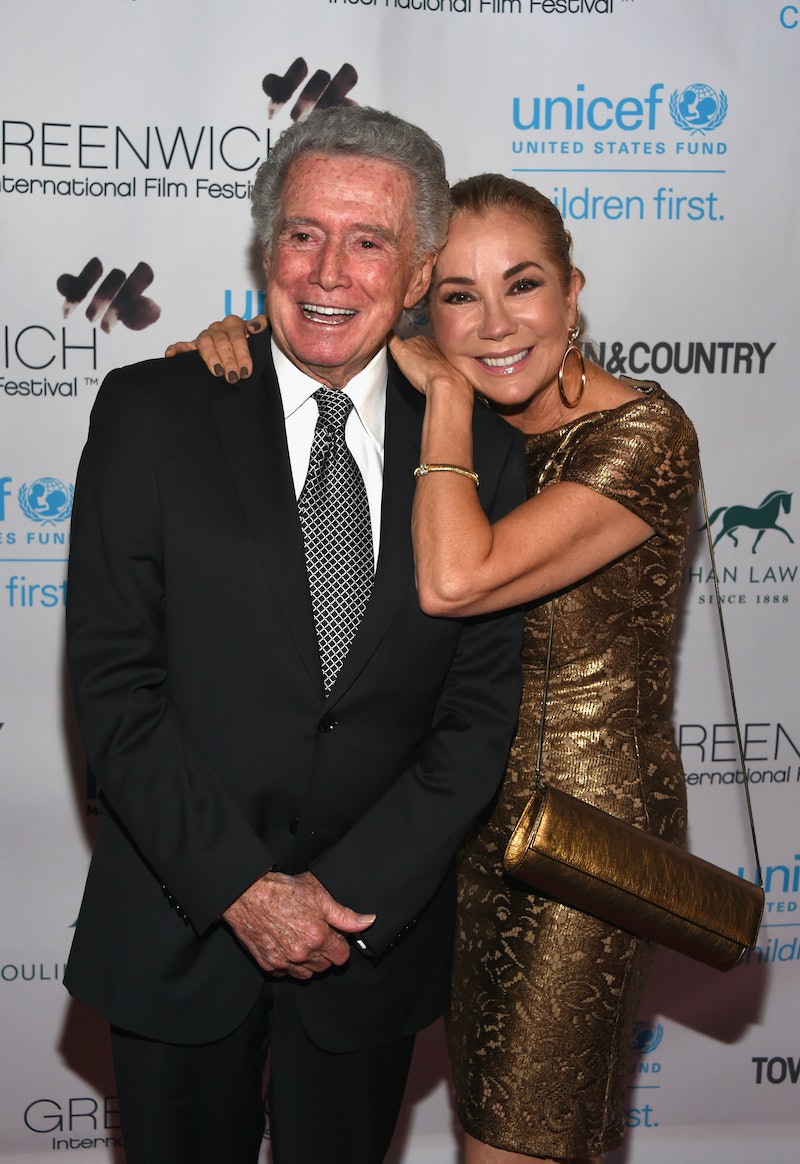 Reunited and it feels so good! Regis Philbin will be reuniting with Kathie Lee Griffin, with whom he hosted Live! With Regis and Kathie Lee from 1988 to 2000. Together, they riffed on pop culture and current events in the early hour of the morning. How is this amazing reunion coming to pass? Regis will join The Today Show's fourth hour, hosted by Kathie Lee and Hoda Kotb, who are famous for their boozy, breezy style. It was announced on Today Thursday that Regis will be joining the team once per month as a contributor in the fourth hour. “Regis brings his legendary charm and humor each time he visits Today,” said co-executive producer Tammy Filler, “His energy is infectious, and, when Regis is around, you never know what will happen.”

With Kathie Lee, Regis was nominated for 24 Emmys, winning six, and a Lifetime Achievement Award. He has spent the past couple of years hosting a sports show called Crowd Goes Wild! on Fox Sports, and, of course, he's also known for having hosted Who Wants to Be a Millionaire?

It is an exciting development for Regis, The Today Show, and fans of both — it's always fun to bring new people into the mix, and his fame and proven skills will help Today compete with the increasingly popular Good Morning America. Here are kooky, lesser-seen Regis clips that prove he'll be a fun addition to our mornings.

1. He Likes To Kiss Celebs

He may call Alicia Keys "Alyssa," but he is pretty adamant and playful about getting that smooch. Regis can bring his hardcore dose of "thug life" to The Today Show.

2. He Has a Great Sense of Humor

Regis is down to make fun of himself, and to participate in comedy sketches.

Here he is with former Today Show host Meredith Viera (and his Millionaire replacement!), talking about his sexy times with his wife, Joy.

4. He'll Get Into Character

For no particular reason other than a laugh, Regis sat through two hours of makeup to randomly greet David Letterman as Shrek. "Regis would say no, but Shrek would probably say yes!"

5. He Enjoys His Wine

Here he is with his wife on Rachael Ray, sipping wine like Kathie Lee and Hoda do. He will definitely fit in on the fourth hour of the Today Show.

Never mind the fact that he says he's friends with Donald Trump, Regis is cool guy who will participate in an Ask Me Anything. Basically, adding him as a special contributor to the Today Show is a phenomenal decision, and I can't wait to see what happens next.