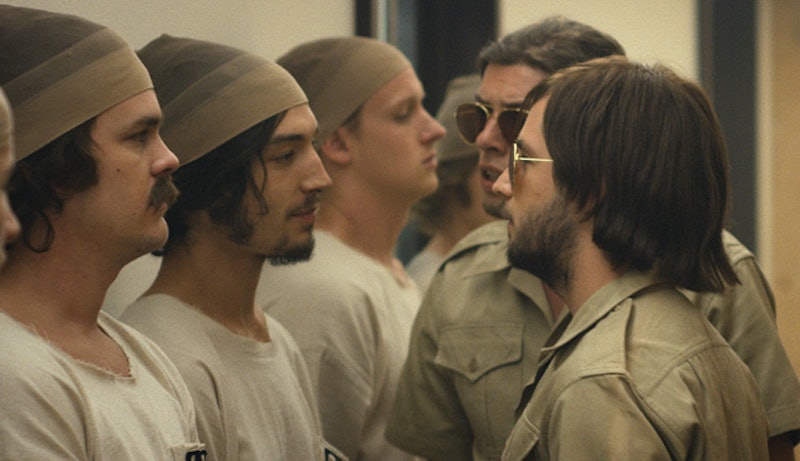 The Stanford Prison Experiment is one of the most famous studies in the history of psychology, and July 17 sees the release of The Stanford Prison Experiment, a film that retells the story and reminds viewers of the chilling discoveries made by the researchers. The experiment opened the world's eyes to the extent to which our values, mindsets and behaviors can be compromised based on our given circumstances. This was dramatically demonstrated by the experiment's 24 subjects, who exhibited extreme differences in behavior based on whether they had been assigned the role of "prisoner" or "guard." The SPE is widely acknowledged as an example of the power of social roles (as well as a host of other psychological phenomena), but many people aren't aware of the effects that the experiment had on real-life institutions. How did the Stanford Prison Experiment change the prison system?

It Showed That Environment Matters

The experiment, conducted by Philip Zimbardo, quickly became famous for several reasons. Zimbardo realized that the prisoners, the guards, and even he himself as "warden" had become so immersed in their roles that they'd forgotten that it was a simulation and not real life. The prisoners were mentally and emotionally crumbling only a few days into the study, and the situation was quickly growing out of control. As a result, the experiment had to be ended prematurely. The speed and severity with which the conflict grew was attributed to the character changes that occurred in the subjects depending on which role they had been assigned. This speaks to the power of situational forces in determining our behavior, and is therefore valuable knowledge for those in positions of authority. The findings imply that abusive behavior in prisons, government, and the military may be less about personal disposition or character flaws and more about the corrupting nature of these environments to begin with.

A documentary about the study called Quiet Rage: the Stanford Prison Experiment offers insight for institutions about how situational factors can have a strong influence on individual behavior. It has been used by agencies within the criminal justice system as well as by the military to educate authority figures working in environments such as interrogation rooms and penal colonies. A situational attribution of conformity can also be applied to analyze instances where abuse by authority figures has occurred, such as the notorious Abu Ghraib scandal. Indeed, many have noted the similarities between Abu Ghraib and the Stanford Prison Experiment itself.

In addition to serving as an educational tool and a lens through which to view real-world occurrences, the SPE also had some some direct effects on the American prison system. Dr. Zimbardo was asked to testify for multiple committees investigating topics such as abuse in prison settings. As a result of his testimony for one such committee, a law was passed which requires federal prisons to detain juvenile inmates separately from adult inmates while they are awaiting trial.

The Stanford Prison Experiment provided us with some scary but important information about the malleable nature of human character. It has sparked invaluable dialogue over the past 40-plus years, and I'm certain that the release of the new film will lead to even more conversation and debate. By learning about the social phenomena that can influence our behavior, people have been better able to resist such forces and behave in a way that is consistent with their values. Both Zimbardo's experiment and the film The Stanford Prison Experiment are therefore incredible tools for changing our society, beginning with ourselves.

More like this
Where Is Dr. Cline Now?
By Morgan Leigh Davies
Don Crowder Successfully Defended Candy Montgomery, But His Story Ended In Tragedy
By Gretchen Smail
UK Viewers Will Have To Wait To See Jessica Biel’s Killer Housewife Series
By Rachel Mantock
9 Honestly Unbelievable Revelations From The WAGatha Christie Trial
By Frances Stewart
Get Even More From Bustle — Sign Up For The Newsletter