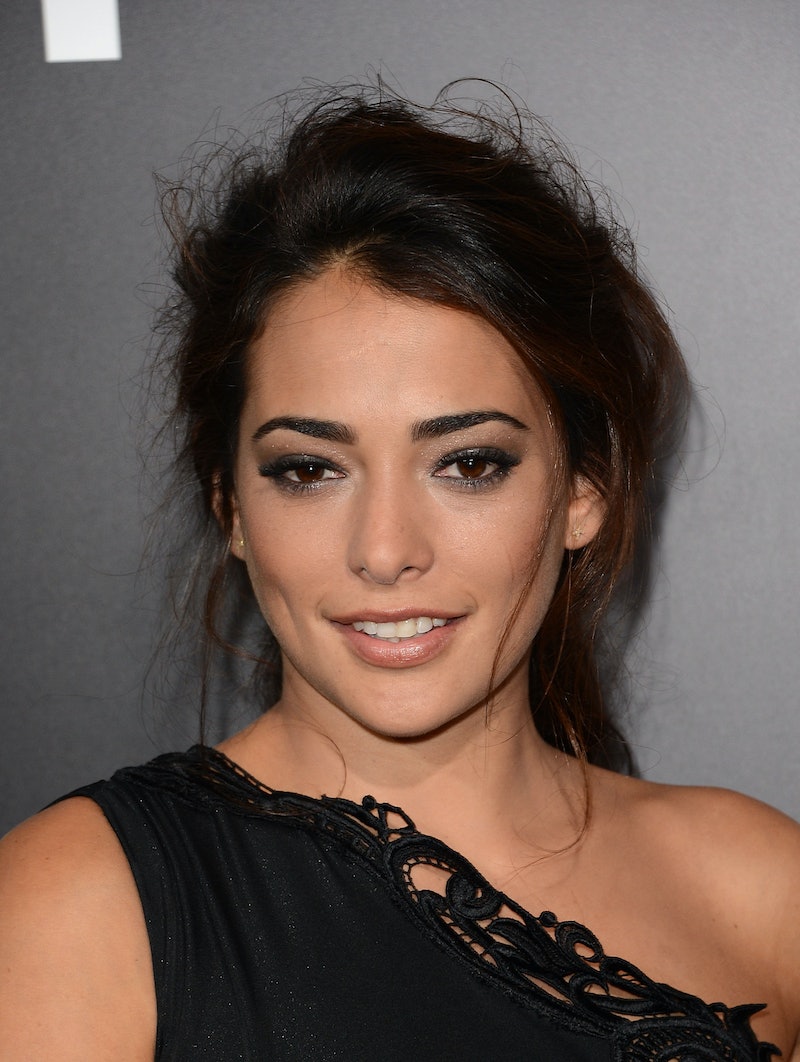 "I wanted Deadpool so bad," says Natalie Martinez, who stars opposite Ryan Reynolds in Self/Less . "But I think being another love interest again... We would've been Meg Ryan and Billy Crystal," laughs the gorgeous 30-year-old actress. "[Ryan] said how many movies he’s been in and it’s some crazy-ass number. I’m just like wow, because he really has been, I think, in over 100 films," she says.

Self/Less, also starring Ben Kingsley and Matthew Goode, toys with the concept of immortality. The Tarsem Singh directed flick follows a wealthy man dying of cancer (Kingsley) who undergoes a procedure to transfer his consciousness into the body of a healthy man (Reynolds). But when Kingsley's character starts seeing ominous visions, he goes on a mission to track down the origin of his body.

"[Ryan] made everything kind of easy. He's worked forever. It was fun and interesting," the Cuban actress says. "I’ve never experienced those Hollywood drama-diva, crazy people on the set. I’ve never experienced someone who’s like throwing a fit or made it worse or harder for another actor. I’ve kind of fortunate. He was really funny and great in every scene and nice. It was cool."

Martinez, known for her work in 2008's Death Race, the critically acclaimed End of Watch, and Under the Dome, will next appear in Message from the King, and the TV movie Warrior.