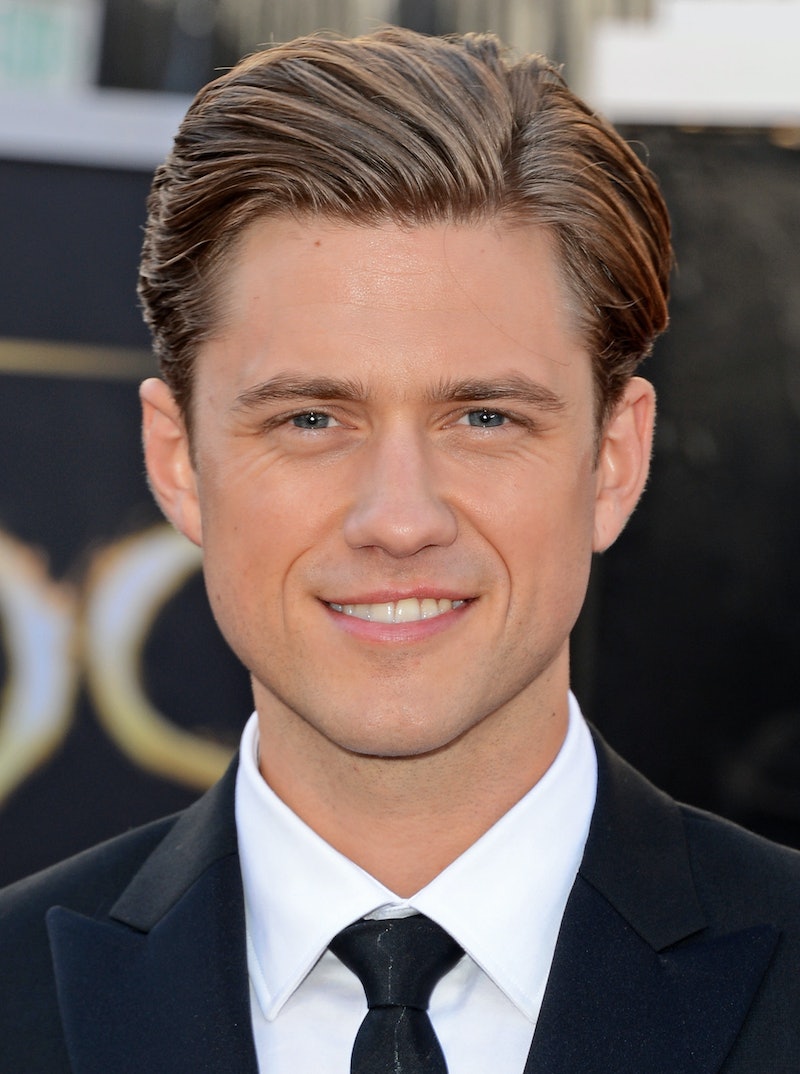 Aaron Tveit, we are hopelessly devoted to you. The Broadway veteran and Graceland star Tveit will be starring in FOX's Grease Live opposite Julianne Hough as Sandy and Vanessa Hudgens as Rizzo. Carolos PenaVega form Big Time Rush has been cast as Kenickie, Danny's sidekick and fellow Greaser. Tveit has both the screen and stage bonafides to take on the iconic role. He currently stars as FBI rookie Mike Warren on USA's Graceland, and had a recurring role as Tripp van der Bilt, the congressional candidate on Gossip Girl. Tveit also played Enjorlas opposite Eddie Redmayne's Marius in the film version of Les Miserables.

On Broadway, he starred as Gabe in the Pulitzer Prize-winning musical Next to Normal and played the Leonardo DiCaprio role in Catch Me If You Can. He's performed on stage with Vanessa Hudgens before, being the Roger to her Mimi in a production of Rent at the Hollywood Bowl hosted by Neil Patrick Harris. Have we mentioned the fact that he's dreamy? He is REALLY dreamy. John Travolta's Danny was responsible for a lot of our sexual awakenings, and Tveit definitely has the chops to do the part justice.

Here are clips that will make you swoon, and prove that he is the Danny of our generation.

1. He Has That Sexual Magnetism

Next to Normal is one of the best musicals of the 21st century, and Tveit was perfect in it as the son in a dysfunctional family.

He can translate his Broadway skills onto the screen without overacting or losing the theatricality.

His voice is very expressive, and his acting is on point.

Sing along, and pretend he's singing about you.

Here he is in Rent with Vanessa Hudgens, and, with that much chemistry, I can't wait to see them reunited on stage. Sure, there might be other actors out there that would have loved to take on the part, but I officially can't see anyone but Tveit being anywhere nearly as good.