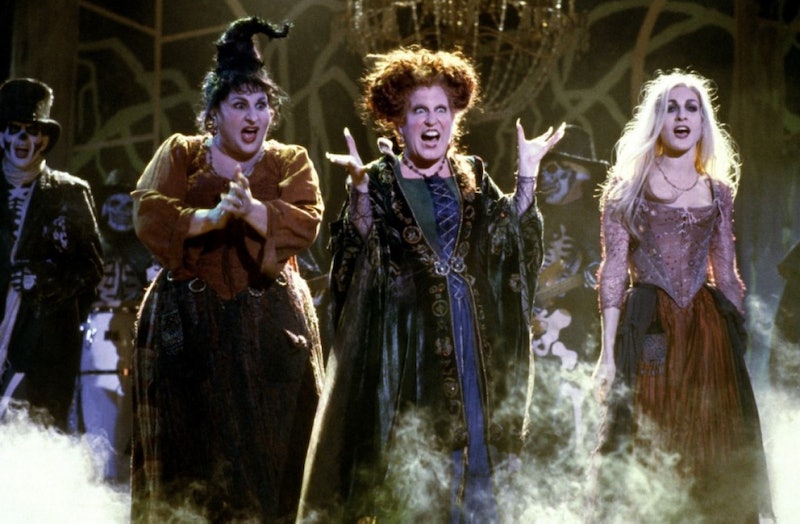 Movies take on a whole extra layer of meaning during childhood. I know that, for me, they opened up the world and my imagination, they helped teach me how to be a well-rounded person, and they also occasionally scarred me for life (I'm looking at you, Old Yeller). The movies of my youth are imprinted in my mind in a way that no movie I see as an adult can ever truly replicate. You know that old saying about how you can't go home again? It totally does not apply to your favorite movies from your childhood. Sure, there are a few that don't hold up, but most of them transport you back to the days when you were young and innocent and totally willing to believe Robin Williams could pop out of a board game (Jumanji, I will always love you).

I truly believe the 11 movies on this list still hold up today, and am over 100% sure that watching them right now will add an extra layer of poignancy to your film viewing experience. One, because it is summer, aka the time of year you probably drove your parents nuts watching your faves over and over until they forced you to go play outside and two, because they'll never get old.

So, take a trip down cinematic memory lane with me, and prepare to have the most awesome retro movie marathon of all time (because there is no way you are not going to want to immediately watch all of these gems again).

Besides making me spend the rest of my life wishing I could finally encounter the Luck Dragon, The NeverEnding Story also made me feel like I was not completely nuts for being so absorbed in the fantasy worlds I read about within books. Additionally, The NeverEnding Story is even better now because we've all had so many more years to realize just how important stories are. (Don't bother trying to figure out what the princess' name is, though — it turns out you were right the first time because it roughly translates to "Blah-blah!")

OK, the loss of Robin Williams gives any Jumanji rewatch a layer of sadness — but Williams spent most of his life making movies the whole family could enjoy, so we should all do just that. Jumanji was one of his best, too: It's funny, and full of crazy adventure scenes. Plus, there's a young Kirsten Dunst! If you're not convinced, then let me remind you how great the monkey scenes were.

Besides having the greatest cast of all-time (Christina Ricci! Thora Birch! Demi Moore! Melanie Griffiths! Gaby Hoffmann! Rita Wilson! I could go on and on...) and one of the greatest writers of all time (Pretty Little Liars showrunner I. Marlene King!), Now and Then featured every kids' dream summer. Watching it will take you right back to hanging out with your friends on lazy summer days that were likely spent watching Now and Then and daydreaming about having awesome adventures. It's the circle of life wrapped up in a film full of awesome ladies, guys. What more could anyone want?

Stream Now And Then here.

I probably don't have to tell you Hocus Pocus deserves all the rewatches because I bet you watch annually for Halloween, right? I hope so. However, while I agree it is always a blast to watch the Sanderson sisters mischief-making on a crisp autumn night, there really is no bad time to indulge in this childhood classic.

Prepare yourself to be hit straight in the feels when you watch Matilda as an adult. The movie is suddenly darker and more heartbreaking than you remember (and the "chokey" is a thousand times more horrifying), but it also resonates more. The message about the need for family — especially a found family — is all the more powerful now.

If you are anything like me, you avoid My Girl unless you need to bawl your eyes out. The story of Vada Sultenfuss' '70s summer is tragic, but it is also one of the best coming of age films out there. I know it's tough to revisit, but My Girl is not just a children's classic — it's a classic, period.

I'm going to give you one reason why you need The Sandlot back in your life: it is still hilarious. You would think the crude comedy wouldn't age well, but I think it is actually funnier now than it was when I was eight.

This one is a no-brainer. Lizzie McGuire is still your everything, and it's OK to admit it. It's probably been way too long since you watched her run wild with her superstar double in Rome, but it's time for a rewatch ASAP. It may not be the highest quality film, but the rose colored glasses of nostalgia means it remains awesome.

If you haven't seen The Witches since you were a kid, then you are in for a shock, because this sucker is still one of the most legitimately scary movies ever. It even makes chocolate scary! Watch it again and marvel at the fact that your parents were totally fine with you watching a movie with scenes including children being trapped in paintings, the constant threat of kidnapping, and faces being ripped off.

Sometimes you just have to enjoy the silliness of watching a bunch of kids and teens discover their backyard is terrifying when they're only an inch tall. Personally, I actually think Honey, I Shrunk the Kids is a clever adventure tale — I mean, where else are you going to see giant ants terrorizing people outside of a '50s horror movie?

Because when you need your life affirmed, nothing does the trick like seeing Shadow make his way over the top of that hill. Trust me, you still love this movie, you just forgot how much.

Now, go pop some popcorn and get ready for the ultimate movie night. Remember: these may be your childhood favorites, but your parents can no longer tell you when to go to bed.