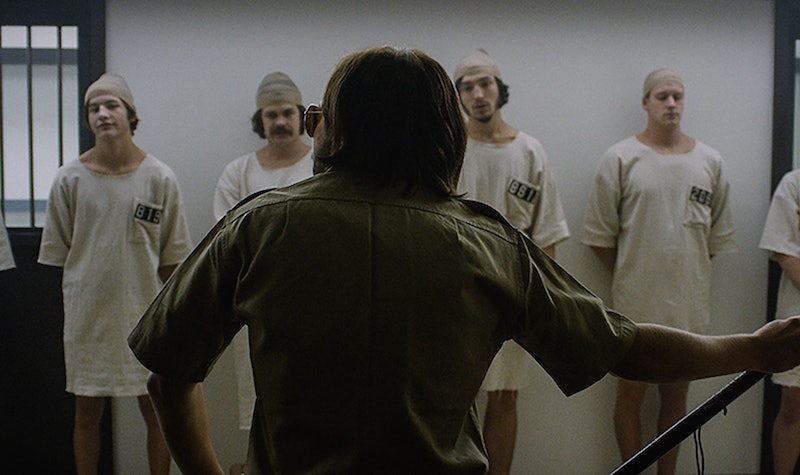 If you've taken Psychology 101 or had any advanced education in the United States, chances are, you've heard of the Stanford Prison Experiment. For the uninitiated, the true story goes as follows: In 1971, Dr. Philip Zimbardo set out to examine the psychological effects of the prison system on incarcerated individuals. To do this, he cast 24 young male volunteers in two roles: Prisoners and guards. Though the experiment, or as some aruged — a mere simulation — was supposed to last two weeks, it was cut short after just six eye-opening days. The Stanford Prison Experiment premiered and took home two awards at Sundance Film Festival 2015, and the film closely resembles the historical experiment.

Billy Crudup takes on the role of Dr. Philip Zimbardo — playing both the protagonist and antagonist — in a role audiences will end up rooting for and despising. (Ironically, the movie was crafted with the close participation of Dr. Zimbardo himself.) The film also features an impressive cast of talented young actors, including Ezra Miller, Olivia Thirlby, Tye Sheridan, Keir Gilchrist, Michael Angarano, and Thomas Mann.

The psychological thriller unfolds as a group of young men quickly transform into sadistic and power-hungry prison guards and submissive victims in a matter of days. It is a gripping, brutal, and entirely engrossing film that's made all the more powerful when reminded how closely it mirrored the real life experiment. It's also one of the best films I've seen in 2015.

Watch an exclusive clip from The Stanford Prison Experiment below: