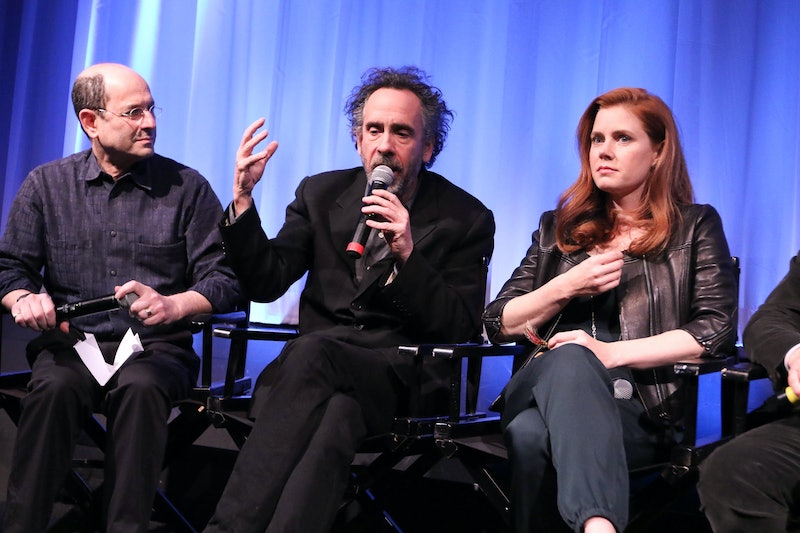 I don't know about you, but any time I hear that director Tim Burton is taking on a film, I get immediately excited, and then a little scared. He's got a way of reinvigorating classic tales — but also putting a bit of his trademark creepy twist on them. Burton has ruined so many childhood movies for us, turning fun stories and fairy tales we loved as kids somewhat nightmarish. I mean, this is a director who began his career with movies like Pee-Wee's Big Adventure, Beetlejuice, and Edward Scissorhands.

Burton has famously done movie remakes like Charlie and the Chocolate Factory and Alice in Wonderland, which both had beloved originals made decades before. But in Burton's own versions, it's safe to say things got a bit weird — but for good reason. In Alice in Wonderland, Burton wanted the movie to feel more like a grounded story. "You know every character’s weird, but it’s to try and give them their specific weirdness so that they’re all different," Burton said at Comic-Con in 2009. "All his characters indicate some kind of mental weirdness that everybody goes through, but the real attempt was to try and make Alice feel more like a story as opposed to a series of events."

Even so, it's made me see Alice and Wonderland in a whole new, very creepy light. Here are some more childhood favorites that Burton has ruined for us all.

I grew up with the happy Disney version of this movie, in which Alice goes around Wonderland and meets the Cheshire Cats and the Queen of Hearts. In Burton's version, everything is much, much weirder. Helena Bonham Carter plays a Queen of Hearts who looks super bloated, and Johnny Depp's Mad Hatter looks like a thrift shop clown.

2. Charlie and the Chocolate Factory

I always thought the scariest part of the beloved Gene-Wilder-starrer Willy Wonka and the Chocolate Factory was the Oompa Loompas. But it's hard to choose the creepiest part of Burton's rendition of the story — Willy Wonka's later-years-Michael-Jackson vibe, the new Oompa Loompas, or the dentist at the end.

Well, Sweeney Todd was one of my favorite childhood movies because my music teacher showed us a VHS of a performance of the stage show, saying it was "the best musical in the world." While I agree with that it's a great musical, the Burton version is so dark — even for a story about cannibalistic revenge. Just the end shot and the blood — that'll stay with you, and not in a good way.

Like many other kids from this era, I loved to watch Pee-Wee Herman, and Pee-Wee's Big Adventure was no exception — well, except for the fact that the movie used to scare the crap out of me.

5. James and the Giant Peach

Burton produced this big-screen treatment of the classic novel in 1996, which combined both creepy live-action and creepy stop-motion animation.

Dark Shadows wasn't a beloved TV series to me, but I know it is for some folks out there. Burton brought the gothic 1960s show to movie screens a few years back, and it did not go very well. The movie has a 37 percent "rotten" rating on Rotten Tomatoes.