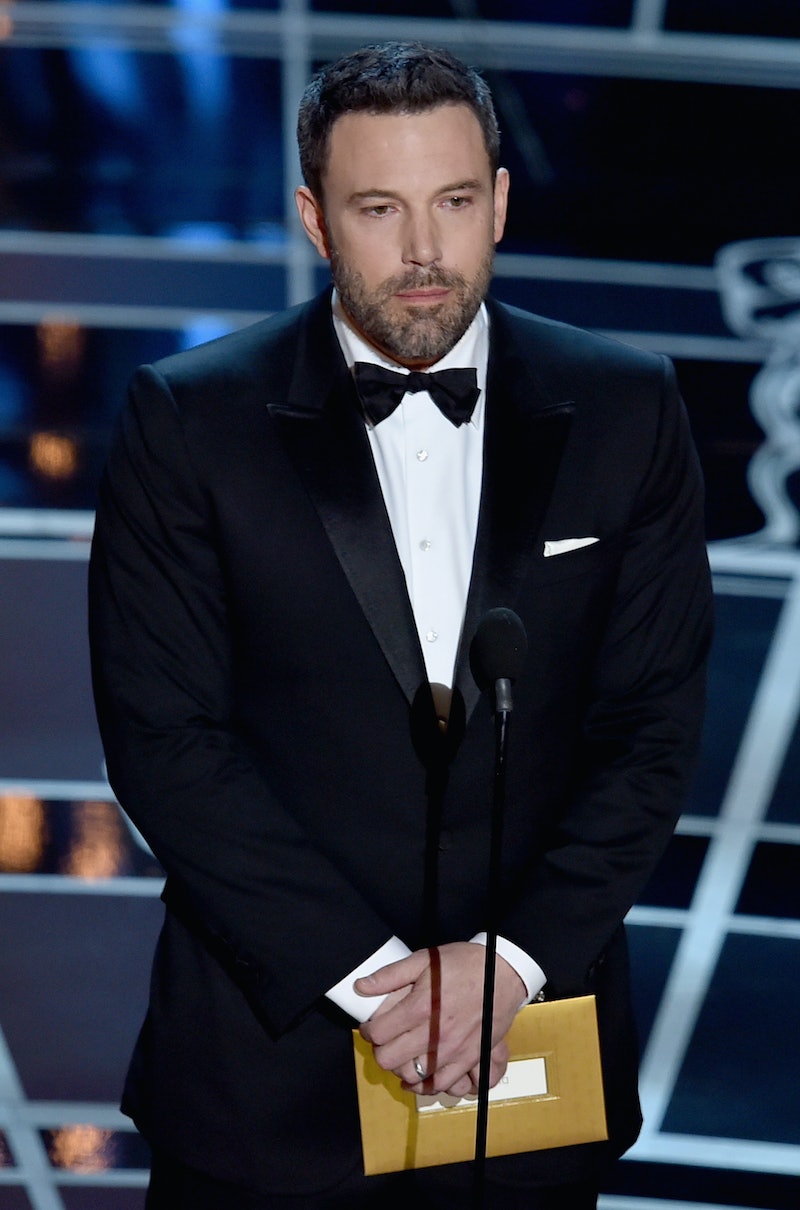 Big news, superhero film fans: It looks like Ben Affleck's Batman might really be here to stay. As Deadline and Entertainment Weekly are reporting, it seems that following 2016's Batman v Superman: Dawn of Justice in 2016, Ben Affleck will reportedly receive a standalone Batman film — and not only would be be starring in it, but he might be cowriting and directing it as well. The news was initially reported by Deadline's Mike Fleming, Jr., who wrote, "Affleck will direct and star in after he completes his longstanding plan to helm his scripted adaptation of the Dennis Lehane novel Live By Night." Similarly, Entertainment Weekly reported that it had confirmed the news through sources.

According to the reports, Affleck would be cowriting the standalone movie with Geoff Johns, who is chief creative officer for DC Entertainment. From Entertainment Weekly: "The script would be set after the events of Dawn of Justice and the 2017 tentpole Justice League, which will unite DC’s slate of superheroes on the big screen."

This is, of course, huge news: Affleck is the first actor to take on the role of the superhero since Christian Bale hung up his cape after The Dark Knight Rises in 2012, and his casting was one that the Internet reacted to rather heatedly. Thankfully, the initial reactions of diehard comic fans didn't get to Affleck, who said of the backlash in 2013 during an appearance on Late Night with Jimmy Fallon, "I handle s**t. I'm very tough. I saw the announcement, I look down on the first comment...the first one just goes, 'Nooooooooo!'"

Should this news be true, though, the film is in good hands: Affleck won an Oscar in 2013 for directing Argo, and in 1998 for cowriting Good Will Hunting, while Johns is obviously one of the top players at DC Entertainment. In fact, I'm pretty sure the only acceptable response to this possibility is the one that follows: