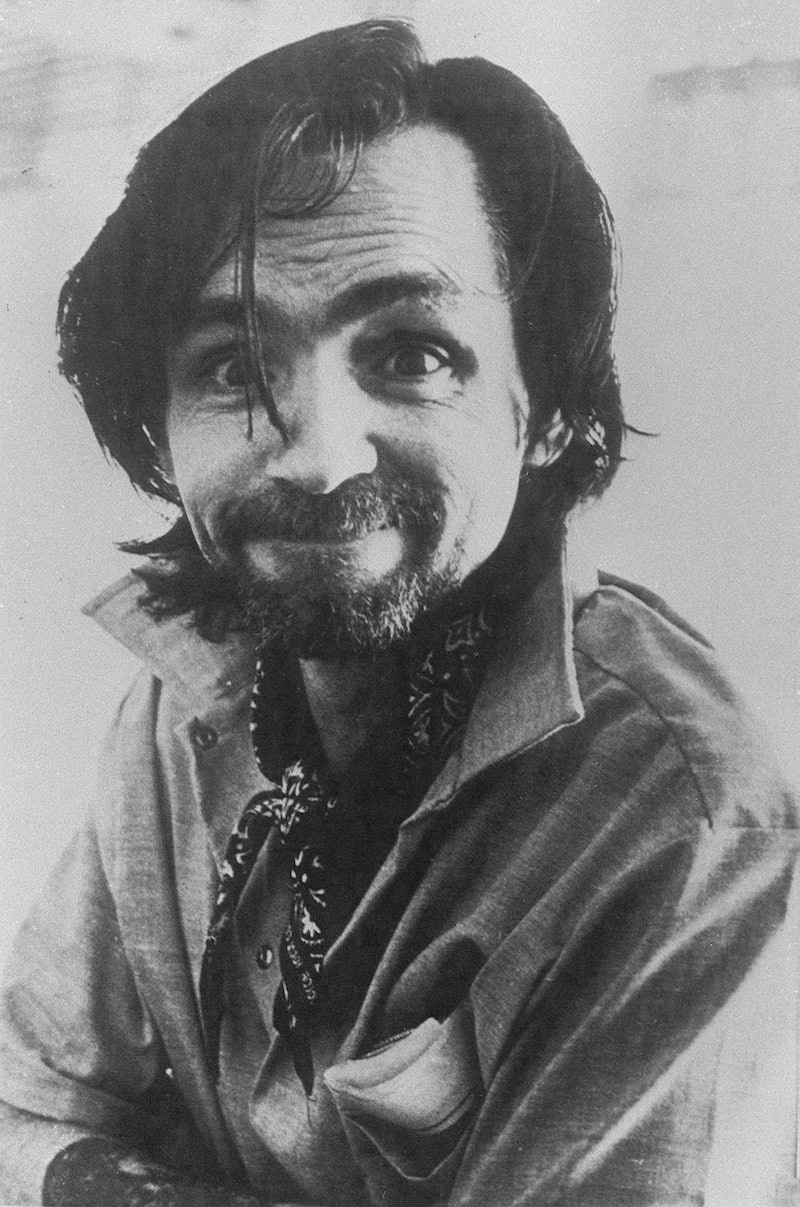 For many Americans, cults offer a sick and morbid fascination. We love them. Referencing them becomes part of our daily jargon, and cults are a major storytelling trope in television and pop culture. We know the vague, sensationalized details about famous cults, but barely even know what they are.

In the loosest sense of the term, a cult is a group of people who band together with unified beliefs and practices. The vast majority of the time, the common values or beliefs are extremist views of religion, which deviate from standard Christian beliefs or isolate one specific ideal. But what separates religions from cults is the idea of utter seclusion, the assumption of abuse, and the inability for members to "get out." These groups typically have charismatic, domineering leaders who use their abilities to bring in new recruits, exert control over members, and maintain order.

Although religious factions have existed in the United States for centuries, the modern idea of the cult hit its peak in the 1970s, when it seemed like a new faction was popping up every day. Many of the most infamous of these organizations existed well into the 1990s, and some even persist today. But no one is even completely sure of how many cults exist in the country, partially due to their secretive nature, but also because there's no clear checklist for "Is This A Cult?"

Some (like Russia) argue that yoga is a cult, or than any organized religion is just a cult with a tax exemption. But looking at some of the creepiest and most infamous cults of the past few decades makes it a bit easier to delineate between being really into yoga and being controlled by a megalomaniac (no matter how domineering your yoga instructor may be). These cults were notorious and feared, but even after being exposed or broken up, they've still managed to take root in American culture and fascination.

The Manson Family is the culmination of every American fear and fascination rolled into one. A cult of racist serial killers obsessed with rock music?! It's like they walked out of a movie, or American Horror Story. Founded by Charles Manson in 1967 San Francisco, "The Family" was a deviation from the typically cult mentality. They weren't bound together by religious beliefs, but rather the desire to start a race war between whites and African-Americans.

To accomplish this, they carried out a grisly string of murders against prominent celebrities, such as Abigail Folger of Folger Coffee and Sharon Tate, the pregnant wife of Roman Polanski. They called the impending race war "Helter Skelter" after the Beatles song, and left terrifying messages written in blood.

Their attempt to blame African-Americans for the murders wasn't very effective, and Manson was subsequently arrested and jailed. He's still alive, kicking it on death row in California and looking creepy as ever. He was all set to get married last year though, until it came out that his fiancée was only interested in inheriting his body to put on display in Los Angeles as a tourist attraction. Of course.

Younger Americans probably won't recognize the name, but they've definitely heard of the Branch Davidians. Founded in 1959 by David Koresh (formerly known as Vernon Howell), the Branch Davidians took a radical turn and broke off from the Seventh Day Adventists. Koresh believed he was a messiah and that all women were entitled to be his spiritual wives. As a result, he often slept with the wives of other cult members and married underage girls. They also feared the coming apocalypse.

It all seems like standard cult behavior, but the real reason the Branch Davidians are famous is because they were at the center of the 1993 standoff in Waco, Texas. When the Department of Alcohol, Firearms and Tobacco raided their compound to search for illegally amassed weapons, four agents and six cult members ended up dead. The result was an extremely expensive, badly handled 51-day siege. It only ended after tanks were brought in with tear gas. The compound caught fire, and over 70 cult members died as a result, including 22 children. It was a massive blight on the Clinton presidency and cemented the idea of the weapon-hoarding, polygamist cult compound within the American mythos.

Heaven's Gate was technically an apocalypse cult, though far less concerned with Christianity and much more interested in space ships. The cult was led by Marshall Applewhite and Bonnie Nettles, and focused on the idea that earth was going to be "recycled." Applewhite and Nettles concocted a variety of dogmatic beliefs, which centered around their insistence that they were the two witnesses from the Book of Revelation and that Jesus had been reincarnated as a Texan.

As they gained more popularity through the 1990s, the cult became increasingly alien-centric, and followers of Heaven's Gate were positive that the only way to survive Earth's recycling was to leave the planet and ascend to an existence "above the level of human." They believed that to do so, they would need to reach a spaceship that reportedly would follow in the wake of the Hale-Bopp Comet.

In 1996, the cult members purchased a $10,000 "alien abduction insurance," barely a year before Applewhite and 38 other members committed mass suicide in a mansion in Santa Fe. They believed that dying was the only way to gain access to the UFO and escape Earth. Their bodies were found shortly after, dressed identically in black clothing and Nike sneakers, with $5.75 in each of their pockets, which they believed was the exact sum of the interplanetary toll.

One of the most chilling cults known to American history, the People's Temple was started by Jim Jones in the 1950s. At first, his group was less of a cult and more of an organization, with very progressive views on equal rights that appealed to many African-Americans. Jones became increasingly concerned with the threat of nuclear war, however, and took refuge in a compound in Utah.

After growing suspicion, Jones relocated his cult to a compound in Guyana, South America in 1977. Jones and his followers were advocates of communism, and the resulting Jonestown compound focused around these ideals. Fearing CIA intervention, Jones would lead his cult in simulations called "White Nights" where cult members would have to choose between fleeing to the Soviet Union, escaping to the jungle, fighting, or committing "revolutionary suicide." On at least two occasions, mass suicide was rehearsed.

In 1978, Congressman Leo Ryan visited Jonestown to investigate the cult and was shot. Worried about the inevitable response from the American government, Jones then led over 900 cult members in a "White Night" event. Members lined up and (some willingly, some being forced) drank juice mixed with poison. Whether the event was truly a mass suicide or a mass murder is still unclear.

The Children of God's ability to reach across the nation and globe was almost unprecedented. Started in 1968, the "cult of sex" was founded by David "Moses" Berg, who preached against moral decay and evolution. It was an offshoot of Christianity with strong opposition to capitalism and Judaism, but the truly chilling aspect of the cult's practices was Berg's opposition to anti-pedophilia laws.

According to some former members, Berg preached that sex with children was both allowed and a divine right. Though others who left the cult state that they were never sexually abused, the Children of God did live in intense isolation and use young female members as bait to lure in new members, a technique called "Flirty Fishing." Although the Children of God follow a form of Christianity, open sexuality is permitted and encouraged.

After Berg's death, the cult underwent a multitude of evolutions, changing their name several times before officially re-titling themselves the Family International in 2004. They're still active and running, and though their doctrine is much different now (and forbids sex between adults and minors), many still classify the group as a cult. Notable celebrities who were in the cult include Joaquin Phoenix and Rose McGowan, who have both since spoken out against it.