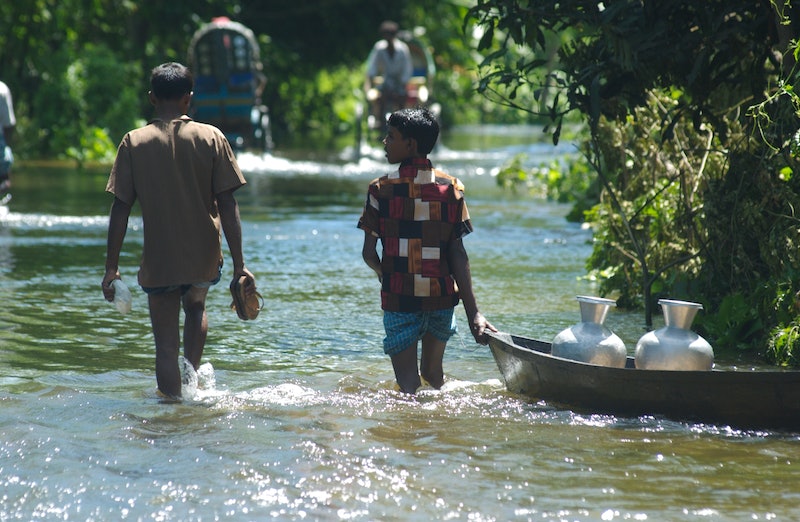 Twenty bodies were recovered in India this Wednesday, after a helicopter attempting a rescue mission crashed into a hillside.

Paramilitary soldiers, who had to get to the crash site using ropes, discovered the bodies of twenty people—including several air force crew members—early Wednesday morning.

The Mi-17 air force helicopter was reportedly trying to return after helping survivors in the flooded town of Kedarnath, when its rotor blades hit the side of a hill in the Himalayan state of Uttarakhand.

A similar crash happened last week, but no one was killed.

Over 5,000 people are still stranded in the towns of Badrinath and Harsil after severe flooding and landslides began ten days ago on June 16. The floods have submerged entire towns and cut communication wires, leaving many villagers helpless, and entirely dependent on rescue by helicopter.

In spite of the accident, the National Disaster Management Authority remains hopeful.

“We hope to rescue all stranded pilgrims by Friday,” says V. K. Duggal, a member of the NDMA who is coordinating the rescue mission.

So far, nearly 100,000 people have already been rescued from the villages and towns hit by the floods. At least 1,000 have died waiting.