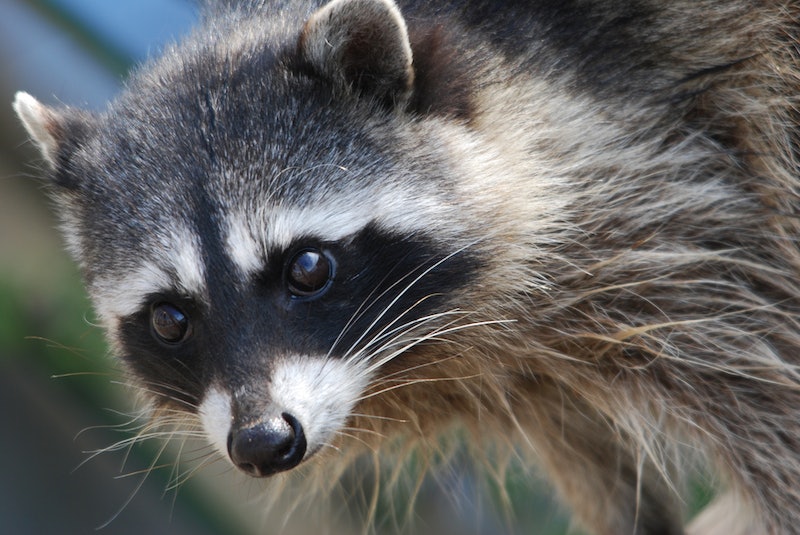 Man, I always wondered what it must be like to live in a place that gets as cold as Canada. And the winters! Isn't it dark for entire days? No, thank you! As it turns out, though, that kind of restriction might even be for the best. When it's warm enough to venture outdoors with a sun to light the way, the people of Toronto really abuse the opportunity. Most recently, Toronto citizens made a memorial for a dead raccoon. OK! Sure, I guess that's a thing you can do if you want. YOLO, Canadians.

I went to college on an actual nature preserve so I got well acquainted with wildlife traipsing around school. Until one day. One day I was walking back to the dorms from class and spotted a gaggle of folks peering into the culvert. There was a raccoon in there. Swimming. In the middle of the day. If you didn't know, raccoons aren't exactly renowned for their aquatic prowess. Also, if you ever see a raccoon active during the day, chances are it's because they have rabies. I heard several people call it a "crackcoon" which might not be super nice, yet not entirely inaccurate.

Anyway, back to Canada: A Toronto man spotted a dead raccoon on the sidewalk and tweeted to alert animal control so they could remove it. As they were not prompt enough, I guess, people added decorations to the corpse with each passing hour.

So what started as this:

Who dropped that framed photo there? That's what I want to know. Fine, fine—maybe what's more pressing is WHO wrapped this animal's dead little arm around a single rose? That is some dark shit, you guys.

Norm Kelly, Toronto's City Councilor, kept the world updated through careful and frankly pretty hilarious tweets. Including this one, including one of the final shots of #RaccoonTO:

Welp, looks like all the cries for help were finally heard. Animal control toted off RacconTO last night. So, um...good job, Toronto. I really don't know what else to say about this.

More like this
'Black Mirror' Season 6 Is Reportedly In The Works, Here’s What To Expect
By Maxine Harrison
TikTok's Favorite Bartender Thinks Mimosas & Bloody Marys Are Out For Brunch
By Alexis Morillo
How To Decorate Your Home Like A Coastal Grandmother
By Emma Garza
TikTok Is Using A Kendrick Lamar Song To Post Thirst Traps
By Courtney Young
Get Even More From Bustle — Sign Up For The Newsletter