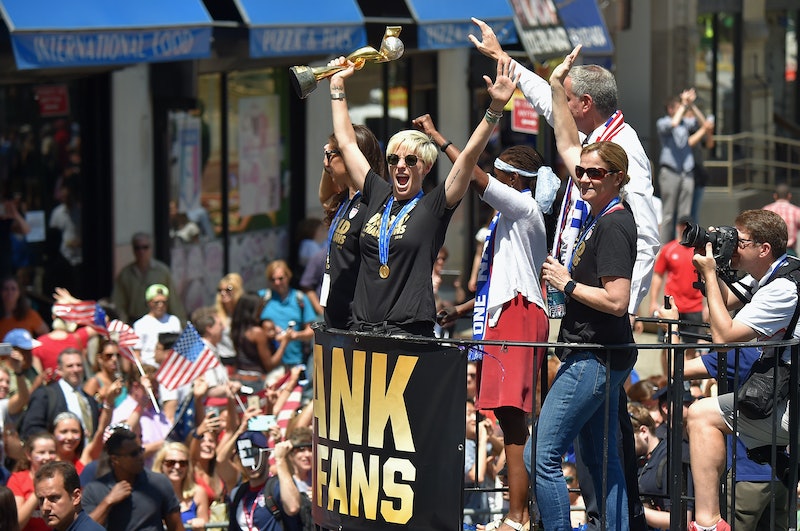 Friday was a huge day for the members of the United States Women's National Soccer Team (USWNT), the unstoppable football force that tore through the 2015 Women's World Cup field. They got to head to New York City with the promise of an enormous, raucous ticker tape parade through the vaunted Canyon of Heroes in Lower Manhattan, and from the looks and sounds of things it didn't disappoint — if you're wondering just how inspirational this team is, here's what a new generation of female soccer fans looks like.

It's hard to miss when you look at the images pouring out of the parade route — young women and girls, visibly thrilled at the sight of a dominant, highly celebrated sports team that actually resembles them. The American women hadn't brought home the title since 1999 — 16 years since Brandi Chastain's triumphant, iconic celebration after her game-winning penalty against China — and as such, there's a whole generation of young women who'd never seen the U.S. on top of women's soccer.

Until that thrilling, final victory over Japan, that is! Here are some images of young women celebrating the team at the epic Manhattan parade on Friday — it's enough to make your heart jump.