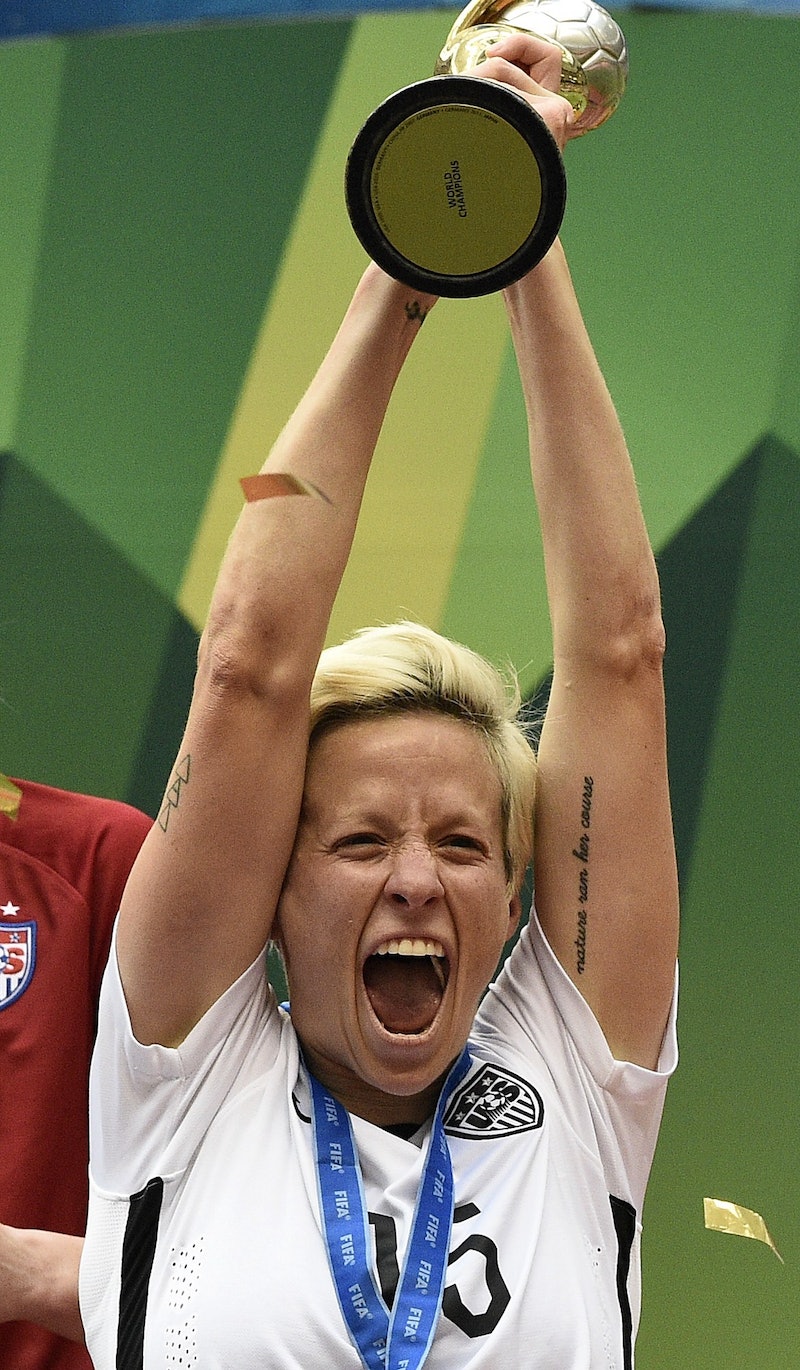 If you were going to describe yourself in one word, which word would it be? Well, for US Women's National Team soccer star Megan Rapinoe, the word was easy: "Gay!" Or rather: "GAAAAY!", said loudly and with attitude. Because hell yeah!

At a recent event with Sports Center following her World Cup victory, the midfielder was asked to sum herself up in one word. Rapinoe took the opportunity to make all of us fall in love with her all over again by writing "GAAAAY" in all capital letters with four "A"s and a smiley face on her white board — and pronouncing the word exactly the way you think she would.

Rapinoe has been open about her sexuality for years now, and has advocated against homophobia in sports. “I feel like sports in general are still homophobic, in the sense that not a lot of people are out,” she told Out Magazine in 2012. “I feel everyone is really craving [for] people to come out. People want — they need — to see that there are people like me playing soccer for the good ol’ U.S. of A.”

Women's sports in general have been more accepting of openly gay athletes than men's leagues. For instance, 15 of the women who played in the Women's World Cup tournament and two of the coaches were openly gay, compared to zero during the Men's World Cup. Things are still not perfect in women's sports in terms of accepting LGBT athletes (in particular trans athletes); however, it's still true that some of the biggest names in women's sports, like Britney Griner in the WNBA for instance, identify as gay, while the same cannot be said of men's sports.

So Megan Rapinoe, we love you. Keep being totally awesome, outrageously talented, and GAAAY!