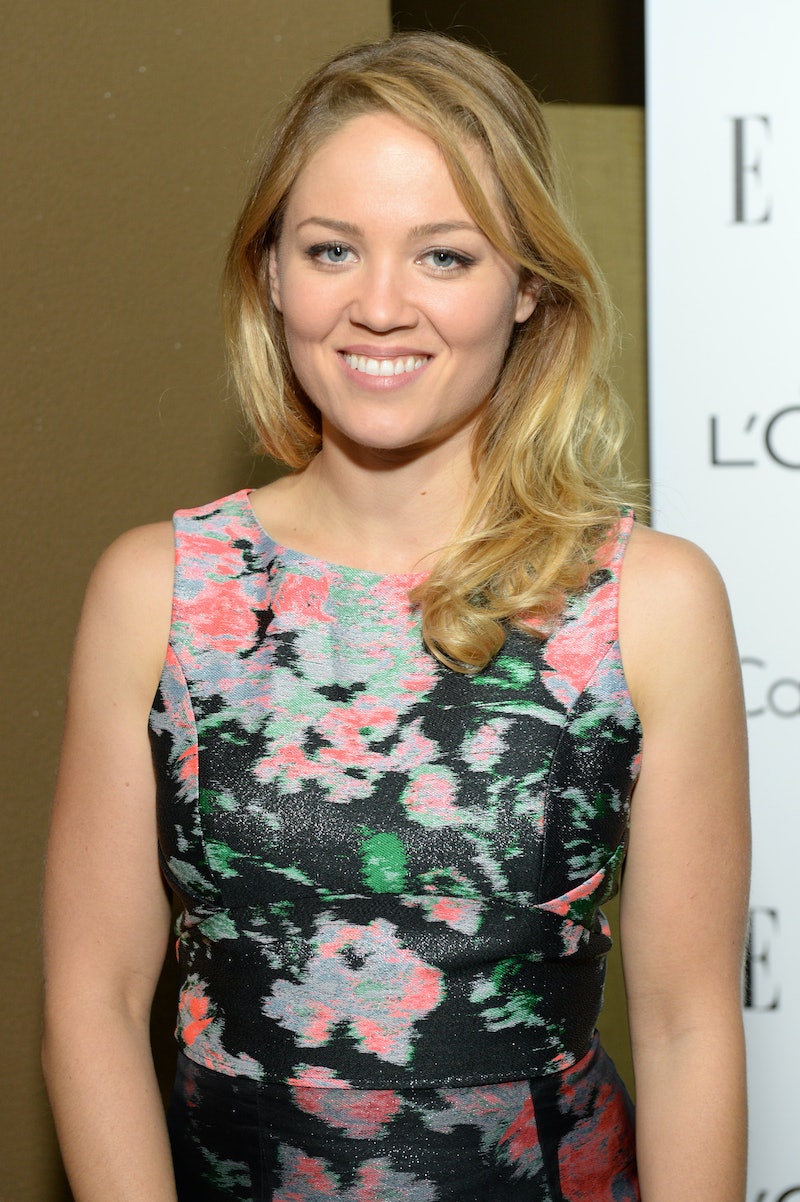 We still have a ways to go before ABC's new fall thriller Wicked City makes its chilling debut, but luckily the show's leading lady and former Parenthood star, Erika Christensen was more than willing to dish out a few spoilers to Bustle regarding what fans can expect from this wicked new series, which apparently already has a three-year plan. "It's a really cool concept," Christensen, who will play Ed Westwick's main love interest, Betty Smith, explains. "I'm only going to be apart of the first season, but the first three seasons take place in '1982 and then '1974 and then '1992 or '93 [during] the L.A. riots. And it's following these detectives through their lives at different points, so the case that they're on in the first season is us, Kent and Betty."

But if you're thinking that her character will be playing the victim in all of this, you're dead wrong. (Pun intended.) Christensen promises that this twisted little love story will bring out Betty's truer self, which might not be all sugar and spice. "She's rather damaged and really finds a deep connection with Kent and also just falls madly in love with him," the actress reveals. "And so she and he discover that she's capable of all kinds of things she had no idea she was capable of." So could this mean that the two of them will eventually go on a Bonnie and Clyde-style murdering spree? It certainly seems that way, especially once you get a look at the Season 1 emoji spoilers Christensen left for us to decipher:

Now I'm no detective, but the first two images could definitely represent the start of Kent and Betty's relationship, which just so happens be followed by and image of a very sharp looking knife. Is this merely a representation of Kent luring his female victims to their death or could we possibly deduce that these murders will have more than one serial killer coming into play? Either way, it looks as though the cops will be hot on their trial. I'm not entirely sure what the camcorder could mean. Maybe the police are able to track down some video evidence of the crimes or perhaps Kent and Betty start making killer home videos? Whatever the case may be, it clearly results in the two of them falling in love. And hey, if there was ever a reason to start 'shipping necrophiliac serial killers, Julia Braverman and Chuck Bass make for a pretty solid case.

However, if you're still having doubts as to whether or not this show is for you, Christensen says that there's one major aspect of the series that's more than worth tuning in for: the music. "I would say in the very least, come for the music and stay for the story because the music is a blast. It's set in 1982 and they're not going to use anything after that, so it's all Billy Idol and really fun." I don't know about you guys, but I'm certainly sold.

Murder and bloodshed aside, though, Christensen has also established a very important partnership off-screen with Lean Cuisine as they relaunch their brand geared more towards a modern way of eating for women — a subject which Christensen is very passionate about. "It's not a diet. It is a maintainable, sustainable lifestyle," the actress states. "First of all, weight is such an abstract number. It doesn't give you much insight into your health and wellness and how you feel."

Given the type of antics her upcoming character will get up to this fall on Wicked City, I'd say she's going to need as much sustenance and energy as she can get.

More like this
'Cheers' Stars Pay Tribute To Kirstie Alley After Her Death To Cancer At 71
By Jake Viswanath
Everything To Know About 'Monarch' Season 2
By Gretchen Smail
17 Photos Of The 'Wednesday' Cast Vs. The 1991 'Addams Family' Cast
By Grace Wehniainen
Is Blake Lively Or Penn Badgley The Richest 'Gossip Girl' Star From The OG Series?
By Hugh McIntyre
Get Even More From Bustle — Sign Up For The Newsletter