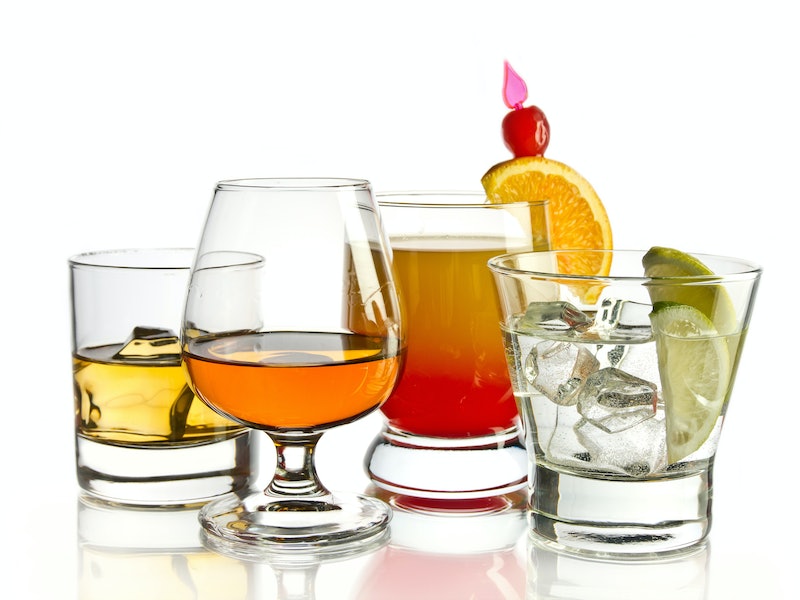 It's the holiday season, and you know what that means: More excuses than usual to imbibe in alcoholic revelry. Spiked eggnog and rum punch, here we come! It's a very merry season indeed — but be careful. Too much holiday cheer can undermine your health in more than just the obvious ways. Because let's face it: You probably know what a hangover feels like (if not, oh holy geez count your blessings). And you probably know that long-term alcohol abuse isn't so kind to the liver. But there are subtler and sneakier health consequences that come from too much drinking. Here, five lesser-known reasons to practice moderation when it comes to alcohol.

1. Alcohol can cause heart arrhythmias.

Both binge drinking and long-term alcohol use can interfere with the electrical signals that regulate blood flow to heart muscle cells, resulting in a heartbeat that's irregular or too fast. This type of arrhythmia, known as ventricular tachycardia, can

cause dizziness, lightheadedness, unconsciousness, and even cardiac arrest. "Drinking to excess on a particular occasion, especially when you generally don’t drink, can trigger these irregularities," according to the National Institutes of Health. "The problem is nicknamed 'holiday heart syndrome,' because people who don’t usually drink may consume too much alcohol at parties during the holiday season."

Excessive drinking causes dehydration by hindering the production of anti-diuretic hormones. This leaves your organs — including skin, your largest organ — parched. "

Skin that's dry from the inside out ... wrinkles more quickly than nice, moist skin does," notes TotalBeauty's Audrey Fine. Alcohol also robs the body of vitamin A, a critical antioxidant for cell renewal and turnover.

3. Heavy drinking makes you more forgetful — and not just while you're drunk.

A study published in Alcoholism: Clinical & Experimental Researchfound day-to-day memory was impaired in regular heavy drinkers (those consuming upwards of 10 drinks per week). "A typical heavy user of alcohol reported over 30 percent more memory-related problems than someone who reportedly did not drink and almost 25 percent more problems than those who stated they drank only small amounts of alcohol," according to lead researcher Jonathan Ling.

4. Alcohol can lead to "gin blossoms."

Though the phrase now conjures the (awesome) 90s band, "gin blossoms" originally referred to the red dots and lines that mark the faces of heavy drinkers. This is because drinking causes the tiny blood vessels closest to the skin's surface to dilate and sometimes burst, resulting in telltale broken capillaries across the nose and face.

Calcium is a critical nutrient for your bone health and more. But alcohol prevents the stomach from absorbing calcium as it should. And it also hinders absorption of vitamin D, which helps the body use calcium properly. Research has linked heavy drinking — especially during young adult years — to future bone health issues and osteoporosis. So in conclusion, think twice before you...

More like this
Got Brain Fog? Here Are The Best Supplements For Memory & Cognition
By Carolyn Steber
This Psychological Effect Might Be Keeping You From Hitting Your Goals
By Lexi Inks
TikTok's Butter Board Might Be The New Cheese Plate
By Emma Carey
Deliveroo Is Selling Lotus Biscoff Cinnabons Now
By Darshita Goyal
Get Even More From Bustle — Sign Up For The Newsletter