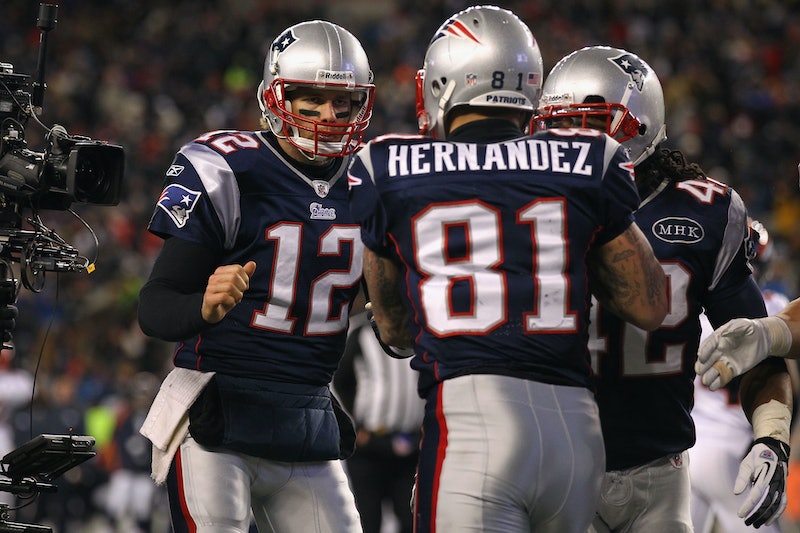 Aaron Hernandez, who has been at the center of an investigation into the murder of Odin Lloyd, was arrested by police at his Massachusetts home Wednesday morning.

The New England Patriots tight end was apparently led out of his house in handcuffs, and then put into the back seat of a police-car. It remains unclear what charges Hernandez is facing.

The homicide investigation began when the body of Odin LLoyd, a 27-year-old, semi-professional football player, was found on June 17 close-by to Hernandez's home. Officials have not clarified the cause of death, although reports are indicating a shot in the head.

Lloyd and Hernandez were friends who were seen together the day prior to the murder. On the day Lloyd's body was found, Hernandez apparently had his house professionally cleaned, and destroyed his video surveillance system and mobile phone.

As of this morning, the Patriots decided to cut ties with Hernandez, saying "Words cannot express the disappointment we feel knowing that one of our players was arrested as a result of this investigation".