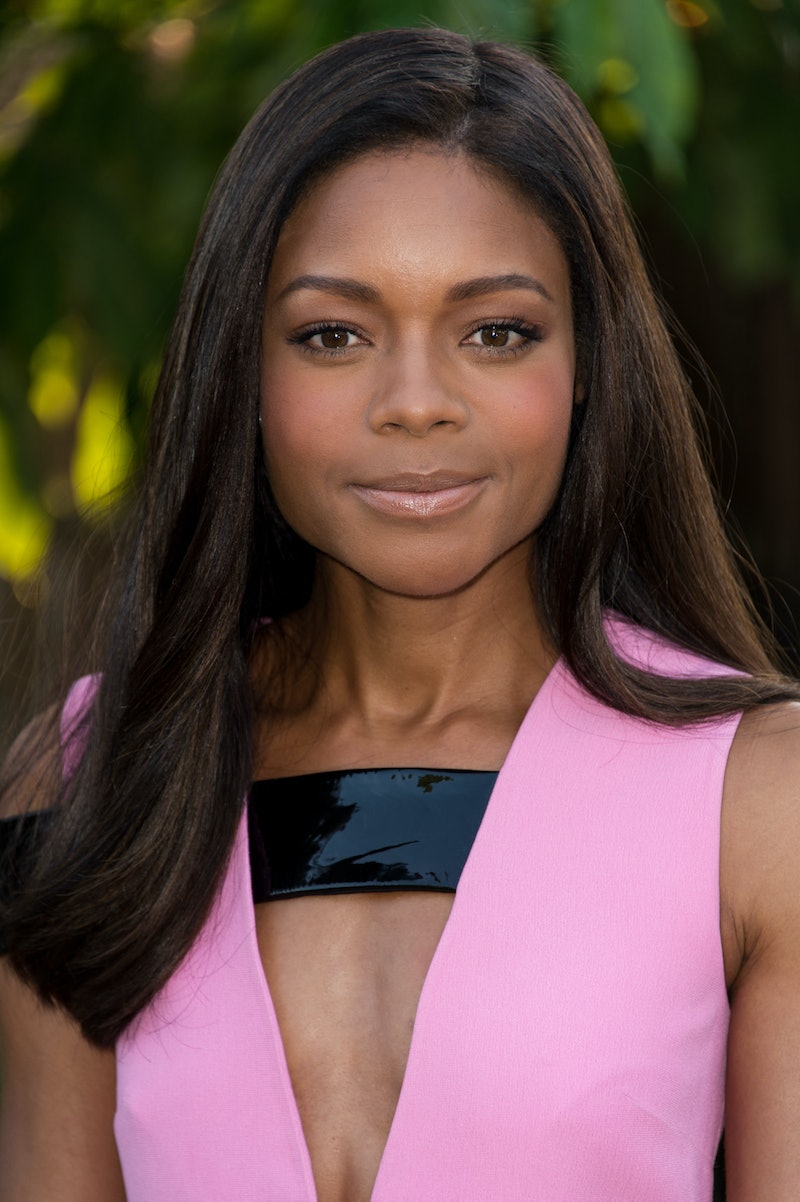 She's one of the most underrated actresses working in Hollywood today, but Naomie Harris' The Edit magazine cover and interview cements her status as a talented and stylish star on the rise. The 38-year-old London native appears on the latest issue of Net-a-Porter's online magazine to promote the upcoming boxing drama Southpaw opposite Jake Gyllenhaal. Harris looks stunning in her glamorous, '70s inspired shoot, featuring suede coats and dresses, killer shoes, and plenty of chic fashion that Cookie Lyons would kill for.

"So honored and excited to be on @netaporter #theedit #havingfunwithfashion," Harris wrote on her Instagram. The actress was styled by Natalie Brewster for The Edit shoot, where she is photographed on the cover in a cream colored See by Chloé dress paired with Laurence Dacade boots and Givenchy jewelry. She wears several other pieces by Chloé throughout the issue, including a turtleneck sweater, white ruffled shirt, and burgundy boots.

Despite her couture-heavy shoot, the article and interview focuses heavily on the actress' passion for acting, her personal struggles, and how she has coped with these experiences through therapy. Harris even opened up about facing her fears in her career, including the time she starred in the Danny Boyle-produced play Frankenstein opposite Benedict Cumberbatch.

"The part scared me, so I thought, let's do it!" Harris said. "It was an amazing experience." Another experience that she shared with The Edit was overcoming issues that stemmed from her childhood through the Hoffman Process, a form of therapy designed to release oneself from those dysfunctional experiences. "I just want to be the best human being I can be," she said.