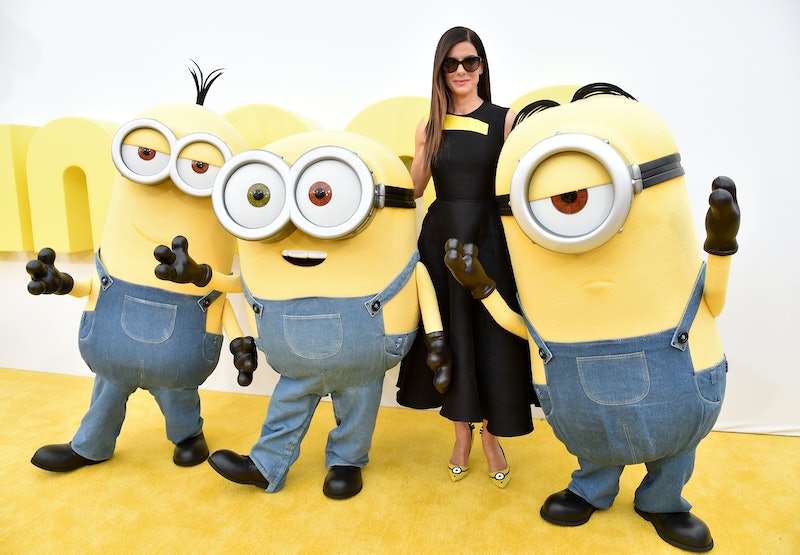 Unsurprisingly, it looks like Minions — the Despicable Me spin-off that opened this week — is dominating theaters just one day after its release. According to Variety, the weekend's box office put Minions in the lead following $46 million earned on opening night, Friday. Specifically, this puts the film on track to make a whopping $120 million this weekend — a total that makes for a huge debut as far as animated films go. Shrek the Third, which, as Box Office Mojo states, holds the record for the highest-grossing animated film debut, made $121.6 million in its opening weekend — so, if numbers are high enough, it's highly possible that Minions could knock Shrek out of its first-place position.

Minions has done better at the box office than both of its Despicable Me predecessors, which isn't all that surprising considering it's a movie about adorable creatures that you sort of just want to cuddle and become best friends with. If the box office continues in the direction it seems to be going — aka, Minions, Minions, Minions— it looks like the animated film industry may have a new champ on its hands.

If you consider how much the Minions have become a regular part of our daily lives, the success of the film makes sense. Not only has the marketing campaign been amazingly expansive (not that I'm complaining), but the Internet has also embraced the little guys with open arms and produced everything from memes to quizzes featuring those little yellow creatures.

Also, you know, they're sort of adorable, so how could a film starring them not do well?