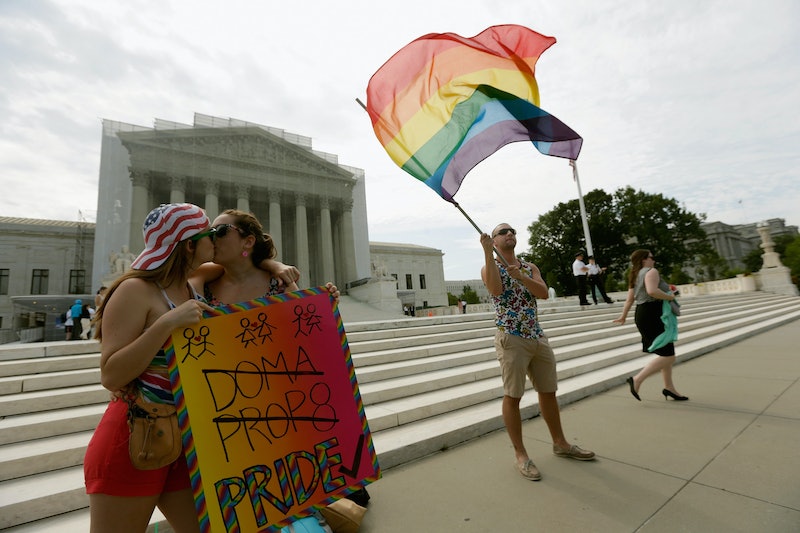 This is an amazing news morning. On the last day of its big end-of-term rulings, the Supreme Court ruled 5-4 in United States v. Windsor that the Defense of Marriage Act (DOMA) is unconstitutional.

The overarching takeaway: Marriage is no longer defined by the federal government as being between a man and a woman, and the Supreme Court says legally married same-sex couples should get the same government benefits as heterosexual couples.

DOMA was passed in 1996 by Congress and signed into law by President Bill Clinton. The act has two main functions: Section 3 prevents the federal government from recognizing any marriage between same-sex couples for the purpose of federal laws or programs—even when those couples are considered legally married by their home state. This is the part that was challenged in United States v. Windsor. The other critical part signifies that individual states do not legally have to acknowledge the relationships of same-sex couples married in another state.

SCOTUS decided that DOMA is unconstitutional as a deprivation of the equal liberty of persons that is protected by the Fifth Amendment.

This is a huge decision for gay rights. Even though DOMA being struck down does legalize same-sex marriage across the country, the federal government now has to recognize the legal marriages of same-sex couples—an enormous positive step in the right direction.