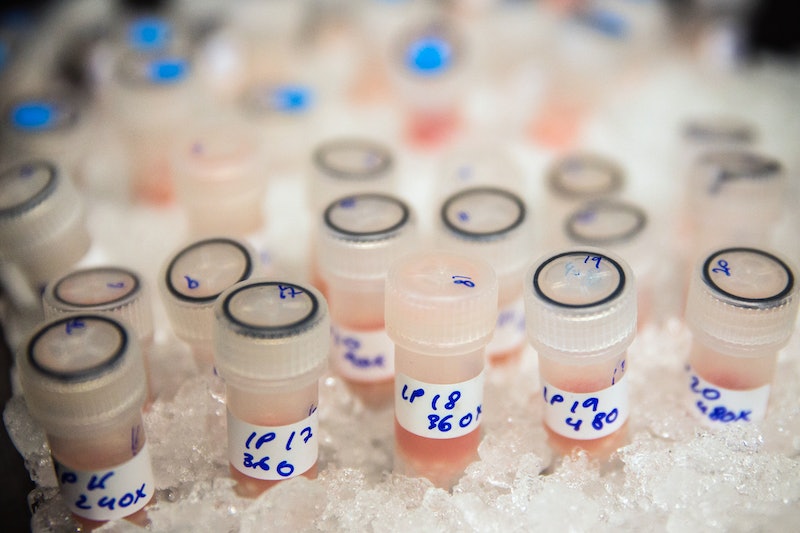 A cancer diagnosis can be one of the most frightening health crises imaginable. When my mom got her lung cancer diagnosis last year, she told me her emotions ran the full gamut from shock and grief, to determination, and sometimes mind-crippling terror. Her oncologist quickly became one of the most important people in our lives. He helped us to understand what kind of cancer she had, how it had remained hidden for so long, what options were available, and how we could support my mother's health. We trusted him, quite literally, with my mother's life. And when she passed away last fall, I struggled with whether he'd been the right choice. Did he give her the right medical advice? Was he aggressive enough? Of course we'd pursued second — even third — opinions, but should we have taken her to another doctor? Given that, I was personally sickened to hear about a cancer doctor who was sentenced to 45 years for misdiagnosing more than 500 patients over a two-year period.

Federal prosecutors told ABC News that Farid Fata deliberately gave chemotherapy to patients who didn't need it in order to defraud their health plans for upward of $35 million dollars. Last year, Fata pleaded guilty to two counts of money laundering, one count of conspiracy to receive kickbacks, and 13 counts of health care fraud. Just this week, he was sentenced to 45 years in federal prison.

When federal investigators descended on Fata's practice in 2013, local news reported that his enormous oncology and hematology practice served patients in six cities. Prosecutors only discovered what Fata was doing when several members of his medical staff and former colleagues offered information about patients getting more aggressive treatments than they needed or the wrong treatments for the kind of cancer they had. One former staffer, George Karadsheh, told ABC's Nightline that a colleague informed him that Fata even prescribed toxic chemotherapy treatments to patients who never actually had cancer.

For those who aren't familiar with cancer treatments, it's important to know a few facts about how chemotherapy works. According to the National Library of Medicine's website, chemotherapy (or simply chemo) is one of the most common cancer treatments. An oncologist formulates a combination of medications that, in their professional opinion, offer the best chance to kill off the cancer cells in the patient's body. The American Cancer Society website states the treatment also kills healthy cells in a patient's body, so the side effects of chemotherapy can include anemia, diarrhea, immune system depression, and hair loss. According to the ACS, most side effects go away when the patient ends his or her chemo treatments, and for many patients, the prospects of pushing their cancer into remission or killing off the cells entirely make the treatments worth enduring.

These drugs are basically poisons, and you use them in someone who has cancer because they will kill the cancer cells. But when you do that, you know there will be side effects, and often very severe side effects in those patients as part of that treatment.

So when Fata prescribed chemo to healthy patients, he was quite literally putting their lives in jeopardy. Patients who could have lived healthy lives were instead tricked into receiving medication that weakened their bodies to the point of death. Prosecuting Fata for fraud only touches on a tiny portion of his crimes. He should have faced murder charges.

Cheryl Blades, the daughter of one of Fata's patients, told ABC News how it felt to watch her mother undergo chemotherapy.

I remember my mother having those same conversations with her oncologist. My mother looked at her doctor with a vulnerability that I had never seen before. Her doctor knew that the treatments he prescribed were grueling and he tried everything to keep her healthy enough to get through them. For all of my careful research and meticulous background checks, in the end my mom had to look her doctor in the eye and trust that he was doing everything he could for her. Here she is, showing all the spark that I love to remember about her.

Fata looked his patients in the eye and made a very different decision. Nightline transcribed what Fata said about his choices when he testified at his sentencing:

I misused my talents, yes, and permitted this sin to enter me because of power and greed.

A 45-year prison sentence probably translates to a life sentence for Fata, who is now 50 years old. And perhaps his patients or their surviving family members can find some solace in the idea that he will never be in a position to take advantage of anyone else like this again. But as the daughter of someone who could have been in his care, I am disgusted by Fata's cold, calculating violation of patient trust. Calling it "fraud" just doesn't cover it.