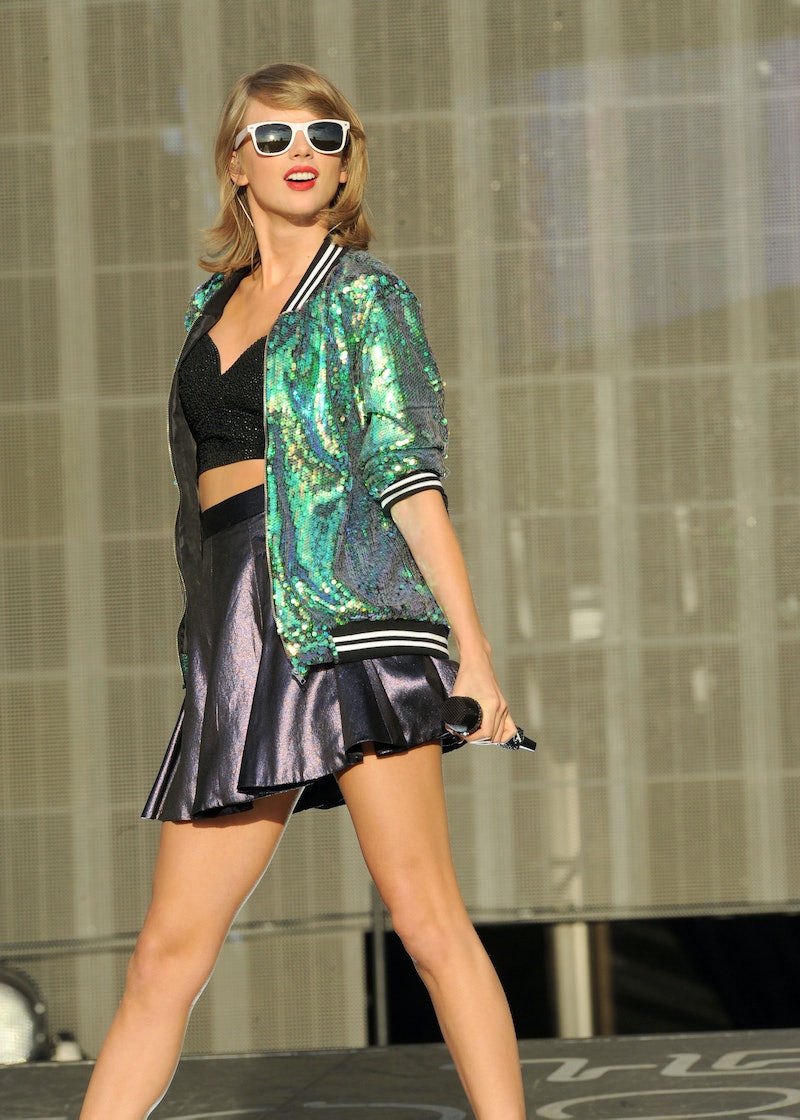 As much as America (and, well, everybody) adores Taylor Swift, she has a few new fans that might come as a surprise. Considering the fact that their main job is to represent the interests of their constituents, maybe it's fitting that many members of Congress have been courting Taylor Swift. Oh yes, I mean it.

On Monday and Tuesday, Swift will be in Washington, D.C. to perform concerts at Nationals Park. Once our lawmakers, the holders of our liberty, the legacy of the signatories of the Declaration of Independence, caught a whiff that the singer would be in their vicinity, they couldn't help themselves. They just had to get in with the "Bad Blood" sensation. Nearly 20 members of the House and Senate will be fundraising at Swift's show, hoping to attract donors who are really more interested in hearing "Shake It Off" than in going to a solely political event, according to The New York Times.

In addition to riding on the popularity of a woman who occasionally goes by the name T-Swizzle, our esteemed legislators proceeded to desperately cry out to a generation they don't fully understand by engaging with Swift on Twitter. It was, um, interesting. Representative Martha Roy of Alabama tweeted:

That, of course, spurred an inter-party skirmish. Representative Will Hurd of Texas had to fire back with:

Why give that job to an intern when he could be, say, representing his district? Because this whole situation could not get more ridiculous, here's a list of other ways our leaders will probably end up sucking up to Swift.

Learning The Lyrics To Her Songs

Somewhere, a senator is enlisting his interns to explain whether Swift is really talking about a "Starbucks lover" or if he or she misheard. "But why would she want to look so crazy in the music video?" I imagine Rick Santorum asking his aide. The response: "She's satirizing the media's treatment of her and rejecting the stereotype of a 'crazy' ex-girlfriend, Mr. Santorum."

No one would understand why all of our legislators suddenly wanted to give funding to so many institutions in the Tribeca area. Muffin shops, boutiques, and nail salons would suddenly find themselves flushed with federal cash because Paul Ryan saw them on Swift's Instagram.

Going With A Princess Theme

They'll ride in on white horses, don ball gowns, and add turrets to their offices, assuming that because Swift recorded "Love Story," "White Horse," "Today Was A Fairytale," and "Long Live," she's still obsessed with princesses. Meanwhile, the interns will think about changing career paths because the government is so out of touch.

Putting Together A Flash Mob

"Anything for Taylor," they'll say, as they spend an eighth hour trying to show John McCain how to do a pirouette. Joe Biden and John Boehner will probably act as coaches as they try to get all of Congress in time to "You Belong With Me." Hopefully, Taylor won't show up and have to see that.

Seeing as Swift mentions her red lips in three different 1989 songs, it stands to reason that Capitol building bathrooms are filled with representatives swapping back and forth "Cherry Kiss" and "Scarlet Harlot." Meanwhile, senators wonder which of them can pull off crop tops.

Anyone who's ever embarrassed or faced a breakup with America's favorite pop star is going to face retributions. Harry Styles, Joe Jonas, Jake Gyllenhaal, Taylor Lautner, and countless others will have some serious travel issues. "See how well your European tour goes now, John Mayer," Bernie Sanders will say with an evil laugh.

The Southern politicians really have the advantage here. Mitch McConnell will surely be pulling up to work in a rusty old pickup with a piece of straw between his teeth. Tennessee native Swift has made it clear that Southern boys — along with long-haired A-listers — are a weakness.

Getting Lost In Her World

All of this fandom will quickly spin out of control, until Congress is completely Swift-obsessed. As other nations laugh, our elected officials will be wearing their hearts on their sleeves, writing love songs to Ronald Reagan, burning pictures of George Bush, and all-around acting like Swifties.