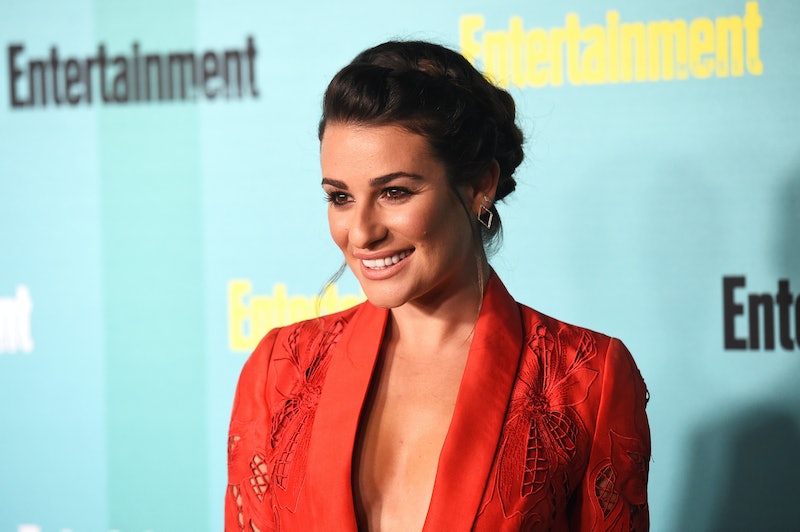 Two years ago, the world lost a friendly, familiar, and talented face. On July 13, 2013, Glee star Cory Monteith died at 31 from mixing heroin and alcohol. Ever since that day, his former girlfriend and Glee co-star Lea Michele has been honoring Monteith in touching ways on social media, and she continued that tradition on Monday, the second anniversary of his death. The actress shared a beautiful picture of Monteith smiling in a car. Alongside the photo, she wrote:

I know you would want us all laughing and smiling today.. So we think of you and remember all the laughter and joy we shared together. I hold you in my heart always and love and miss you so...

Similarly, Michele also honors Monteith every year on his birthday. For example, on May 11, the Scream Queens star remembered her late boyfriend with another touching photo. She never forgets Monteith, especially during what are probably two of the toughest times of the year for anyone who's ever lost a loved one. There's no doubt that Michele will forever hold a special place for the actor in her heart.

The same can be said for Monteith's other Glee co-stars, who also took to social media to honor their friend. Cory, you'll never be forgotten.