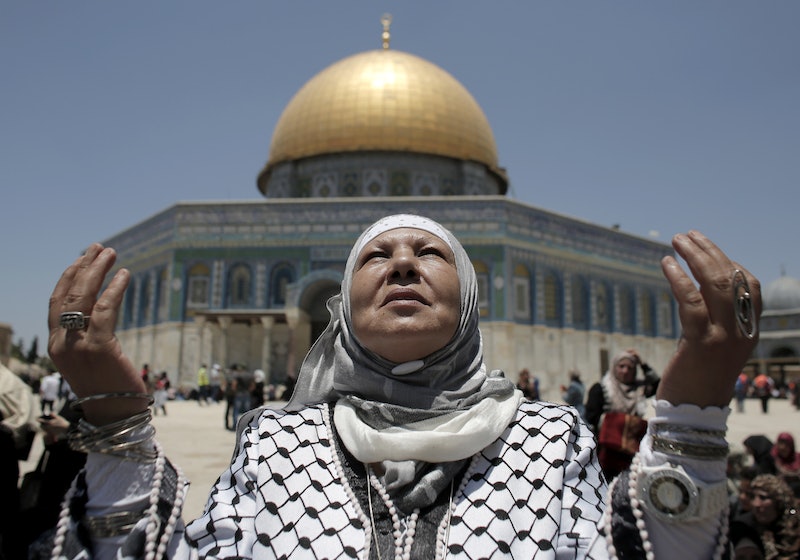 Muslim women are tired of men dominating the conversation — and they’re doing something about it. On Sunday, Muslim women from all over the world took to Twitter to air their grievances through the hashtag conversation #NextTimeRememberHer. The Al Maghrib Institute was promoting a webinar they were hosting on the Rohingya Muslim crisis, titled “Earning the Love of Allah: A Plea to Help Those Suffering In Rohingya,” when a few Muslim women noticed that all 16 of the speakers were men. This triggered a Twitter conversation, with the hashtag #NextTimeRememberHer being used more than 2,300 times and becoming one of the top Washington and New York trends on the site.

The conversation was masterminded by a coalition of highly accomplished Muslim women in the fields of media, social work, and entertainment: the leaders of MuslimGirl.net — a popular online publication for Muslim women by Muslim women — columnist Hind Makki, and comedy screenwriter M. Hasna Maznavi. And for the creators of this conversation, there was much more to the Al Maghrib event. This transcends into something deeper.

MuslimGirl Editor-in-Chief Amani Al-Khatahtbeh feels as if female voices within the Muslim community are either unheard or neglected. “It seems like whenever a significant discussion is taking place in the Muslim community, especially when it comes to more hard-hitting and substantive issues, women's voices are consistently neglected,” the 23-year-old told Bustle. “It's not enough to tokenize a woman speaker or have women discussing 'women's issues,' but also to represent them in as varying degrees of discussions as they are active in different facets of society.”

Al-Khatahtbeh hopes the conversation unleashes a new opportunity for Muslim women to take on speaking events at institutions. “We wanted to use the opportunity to uplift the names and accomplishments of Muslim women that are more than qualified to speak and that we hope institutions won't 'forget' to remember for their next events. We hope that this discussion really show that our community has higher standards when it comes to women's inclusion — that we have our eye on it, and we won't let organizations slide on it,” she adds.

The hashtag conversation prompted one Muslim woman to take further action. An aerospace engineer, Zahra Khan, is launching a community of Muslim women to organize continued efforts to get more speaking time. After witnessing too many examples of Muslim women being underrepresented in areas in which they are qualified, she created the #addfemalespeakers Facebook group to start her mission.

Khan tells Bustle, "Though I've noticed a lack of female speakers at Muslim events in the past, I have recently started focusing on it more after seeing the excellent #allmalepanels tumblr and seeing the various ad-hoc efforts of Muslim women to call out Muslim events on social media for not having any representation of women. One of the most egregious and hilarious examples recently was a fundraiser for a social service organization to — wait for it — empower women!"

Khan adds, "I, along with many other women, complained on social media to the organizers and this resulted in a female speaker being added to the line up. Based on this success, I've participated in calling out other events as well."

Here are some of my favorite tweets from yesterday’s #NextTimeRememberHer conversation:

Khan’s #addfemalespeakers Facebook group will provide resources for Muslim women to take on speaking events. Group members are encouraged to contact event organizers on social media through the hashtags #wherearethewomen and #addfemalespeakers.