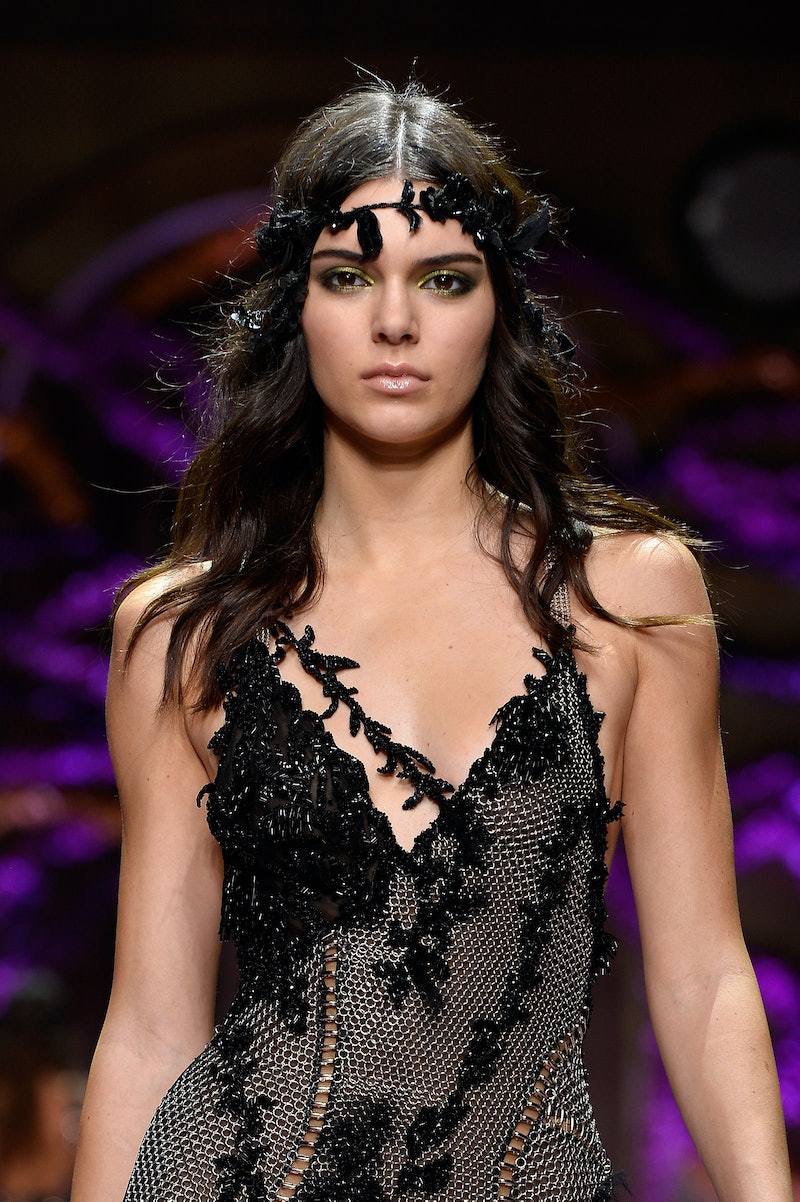 Proving that there's no such thing as too many fashion campaigns, Kendall Jenner landed Fendi's fall campaign, but even though the ads were just released on Monday, she's already receiving negative backlash. Lay off, haters. Girl is un-freaking-stoppable.

After Kendall teased her Fendi campaign on Instagram this weekend (and apparently getting the seal of approval for it in the form of over one million likes!), the ads were officially revealed and they are even better than I could have imagined. I mean, it's weird, don't get me wrong, but Karl + Kendall is a match made in fashion heaven, so just embrace the quirk.

The 19-year-old model is the star of the fall/winter 2015 campaign, her second for the brand, and this one has her posing alongside life-sized puppets (told you things got weird) wearing red and white textured separates and a brown coat.

Though Jenner is stunning in the ads, not everyone would agree. Fendi fans are calling out the ads as "cheap," claiming Jenner is a bad model, and touting this the worst campaign they've seen from the label. Ouch.

Clearly, Kendall is never going to catch a break from the criticism, but love her or hate her, there's no denying this girl can work a camera. I think we should let her numerous fashion campaigns do all the talking from now on.

More like this
Kendall Jenner & Devin Booker Reportedly Broke Up After 2 Years Of Dating
By Jordyn Tilchen
23 Times Meghan Markle Dressed Just Like Princess Diana
By Bustle UK
The $6 Drugstore Beauty Product Taraji P. Henson Uses Every Single Day
By Danielle Sinay
Sarah Jessica Parker Will Change Your Outlook On Aging
By Rachel Lapidos
Get Even More From Bustle — Sign Up For The Newsletter