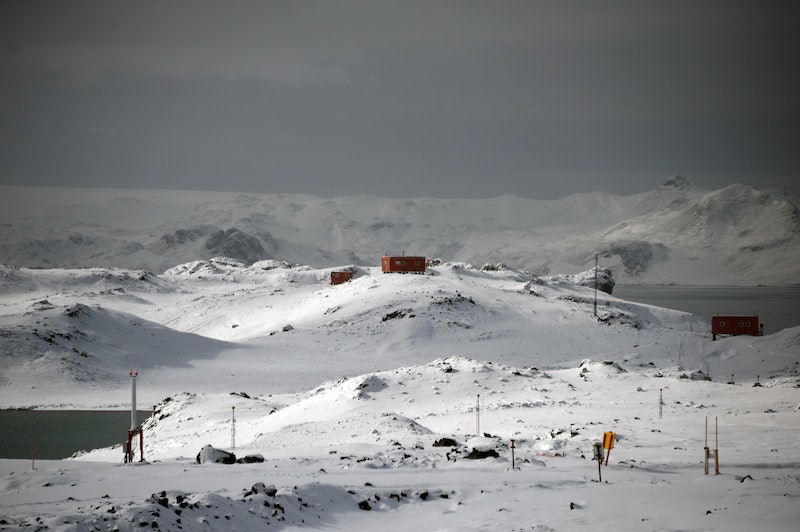 There's apparently a small amount of panic brewing on the other side of the Atlantic about a study from the University of Northumbria suggesting that a mini ice age could hit Earth in 2030. The study, according to The Daily Telegraph, is based on a model that shows sunspots, indicating the sun is entering a period of low solar activity. It's the same kind of activity seen during the "Maunder Minimum," a period between 1645 and 1715 when Europe and North America saw unusually cold winters. Researchers told the Telegraph their model creates "unprecedentedly accurate predictions."

But while the same conditions existed during the 70 years of cold winters, not everyone is convinced that the sunspot model is what caused the so-called Little Ice Age, which occurred between the 1500s and 1800s. According to NASA, the Little Ice Age lasted longer than the Maunder Minimum, and it's possible there were other factors responsible. And while some scientists believe the period of "solar minima" present during the Maunder Minimum (named for English astronomer Edward Walter Maunder) and the decreased solar energy resulted in a colder period on Earth, "mapping out the details of how much the change in solar energy could have produced such an effect remains an unresolved area of research," according to NASA's website.

During the last Little Ice Age, the River Thames in England froze over and stayed that way for nearly two months. If we were to see this kind of cold spell in the modern era, while it would certainly be disruptive, it seems unlikely it would cause the upheaval it did the last time around.

However, a closer look at the research shows that not even the lead researcher on the University of Northumbria team suggests the sunspots will lead to this cold spell, just that the same conditions exist as the last time, according to Slate. And, if a period of low sunspot activity means a cooler Earth, then the current cycle we're in, which Slate reported is the weakest cycle in a century, would mean we'd already be colder. But 2014 was the hottest year on record, according to two separate analyses by NASA and the National Oceanic and Atmospheric Administration.

In 2012, Scientific American pointed to a different study that posited another theory for why the Earth cooled so significantly during the Maunder Minimum: an increase in large volcanic eruptions. Tiny particles from the eruptions stayed in the Earth's atmosphere, reflecting solar radiation back into space, causing the Earth to become cooler.

It's an interesting theory, to be sure, and there may be a period of colder weather ahead. But without definitive correlation between the sunspot activity and the colder temperatures of hundreds of years ago, it's probably not worth shopping for a bigger winter wardrobe just yet.