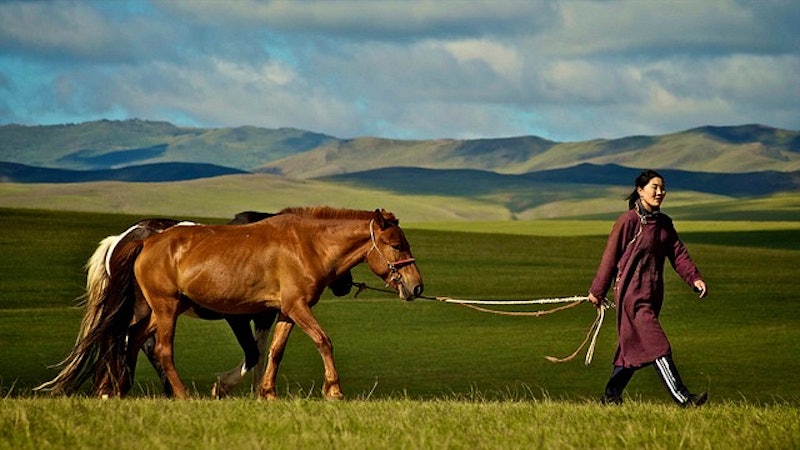 The "traditional" model of Western, Christian funerals may be the one we see most often on film and TV, but it barely scratches the surface of death rituals around the world. The coffin, the mourners, the burial, the wake — every culture and religion has their own specific ideas about how these particular things need to work. But there's a nasty habit for Westerners to coo with delight over "foreign" funeral rituals: a Japanese funeral sometimes involves a bone-picking ceremony where relatives select pieces of bone from the ashes and place them in an urn? How quaint! It can feel like the worst kind of tourism: seeing a culture from the surface, and picking out the parts that are alarming, aesthetically pleasing, or charming to us.

But we should dig deeper. Ideas about death and its rituals tell us a lot about a culture, and what it values and believes. They help us appreciate and reflect on human perspective. And as the world melds, more and more of us are likely to go to a funeral for a person of a different culture, religion, or home country, and it'd be damn good if we didn't gawk or make utter fools of ourselves.

Here are some incredibly different funeral and death rituals from five countries around the world, from Mongolia to Sweden. Some of them may be outmoded or slowly shifting in response to modern pressures; others are still going strong. So keep this in mind if you're ever invited to a third-day memorial service in Iran.

Across many African cultures, dead ancestors are treated with fear and veneration, and funeral rituals are a way of demonstrating your respect. South Africa is no different, but traditional and modern aspects of mourning have fused, incorporating luck, ancestor-worship, and urban life.

The windows of a house in which a death has occurred may be smeared with ash, all the beds are removed from the dead person's room so mourners can enter, and occasionally a ritual sacrifice of an animal may occur to please ancestors. After the funeral, everybody may wash off the dust and dirt from the graveyard before they enter the house, to wash off bad luck.

A new ritual also appears to have sprung up across some parts of South Africa: the "after tears" party, which resembles an Irish wake in that it happens after the funeral, involves a lot of drinking and joking, and focuses on comforting surviving relatives and remembering the deceased with fondness.

In pre-revolution Mongolia, certain people would cremate high-ranking llamas and have their ashes made into monuments for prayers. According to ethnographer Caroline Humphrey, though, Mongolian death rituals for people are also complicated, influenced by Buddhist thinking and modern life.

Mongolian culture is famous, along with Tibetans, for "sky burial," which leaves the body of the deceased on a high unprotected place to be exposed to the elements and devoured by wildlife. It's part of a Vajrayana Buddhist outlook about the needlessness of "respecting" the body after death. But that doesn't hold true for everybody: a record of a recent Mongolian funeral outside Ulaanbaatar shows that burial in the ground happens too, with the casket covered in red and black, the colors of mourning. The grave is surrounded with milk, rice, and clean sand.

As a Mongolian person lays dying, valuables that may convince them to linger on earth are removed from them or given away, so that they're prepared for their rebirth — but there's one object, the suns or refuge, which the deceased used often during life and which its soul will want to keep in death. (Think glasses or a hankie.) The family has to figure out what this possession is and either destroy it or give it away, to prevent bad luck.

Like Mongolians, many Cambodians are also Buddhists who believe that death is part of a cycle of reincarnation. So mourning for traditional Cambodian death rituals and funerals is not necessarily top of the agenda, though close relatives and family members will wear white, the color of mourning, and possibly shave their heads for the funeral.

At the time of death, many Cambodian Buddhists view it as paramount that a Buddhist monk be present, to guide the soul from the body and reassure it as it prepares for incarnation. But the funeral home isn't really a part of traditional Cambodian culture: the body is kept at home, washed, and dressed by the surviving family and prayed over by monks for three days (the amount used to be seven, but modern pressure has sped up the process). Then a religious funeral and cremation will take place, and the ashes will be given to the nearest Buddhist temple to assist the soul in its reincarnation.

Iran's funeral rituals are complicated and many days long, and they've been strongly shaped by the country's Islamic faith, which has many strict prescriptions for correct burial and mourning, including the fact that burial needs to take place within 24 hours of death.

The body is prepared for burial by being washed nine times and wrapped in a white shroud, then tied in it with cords. It's considered highly holy to help carry or touch the coffin, so funeral processions often involve huge crowds around the coffin itself. During the burial, the body is placed in a grave facing Mecca, the most holy location on Earth for Muslims, and is surrounded by weeping mourners reciting prayers from the Qu'ran.

The mourning afterwards is split into significant days: the third, the seventh, the fortieth, and one year afterwards. On the third day, a memorial service is held with huge flower arrangements, halvah, and rosewater sprinkled everywhere; on the seventh, the grave is visited and food is given to the poor; and on the fortieth, the mourners (who have been wearing black) may begin wearing normal clothes again, and a gravestone is put on the grave.

Sweden is largely secular but it still has its own unique funeral rituals, some influenced by its history as a Lutheran Christian country. The most obvious of them? The fact that burial (or cremation) takes place a long time after death — between one and three weeks — with the body being placed somewhere "special" in between.

Some traditions, like 19th-century fringed "funeral candy," have, alas, not survived, but others have stood the test of time. Swedish funerals are normally intensely private affairs reduced to only the most intimate family members, where those present lay local Swedish flowers on the coffin and sing songs. Close family members will wear a white tie.