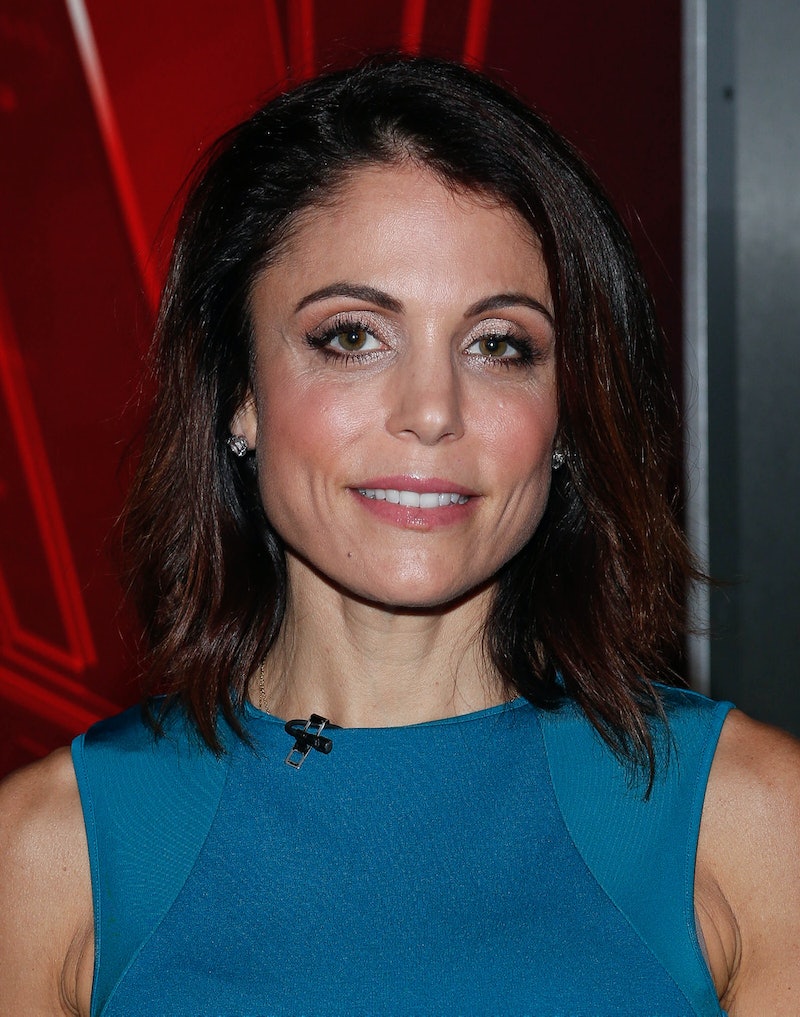 I finally got over Bethenny Frankel's breakup with Jason Hoppy. Then I became used to seeing her trials and tribulations as a single mom. I was so accustomed to her complaining about being trapped mid-divorce and not wanting to date. Needless to say, I'm pretty shocked to hear that the Real Housewives of New York City star is in a new relationship. And I'm even more surprised to know who is the other half of that new relationship. So who is the lucky man? E! has confirmed that Bethenny Frankel is dating Eric Stonestreet from Modern Family. Update: Bethenny tweeted a denial of the dating rumor (below), so we can all calm down. But man, wasn't that weird for a minute there?

Wait. What? Really? I'm pretty sure I'm not the only person who is completely thrown off by this development. I had zero clue that these two knew each other, and I'm lost in my own mind trying to picture a RHONY and Modern Family crossover episode. But beyond the seemingly illogical workings of this NY housewife falling for a Los-Angeles-based TV star, I can't get past the fact that Stonestreet is such a departure from Frankel's past loves (and likes). But then again, none of her other romances have worked out so it makes sense for her to go a different route.

And in case you don't know what Stonestreet is famous for, here he is as Cam on Modern Family:

The good thing is that I'm clearly not alone in my confusion as to how these opposites managed to attract. Just take a look at Twitter for two seconds, and you'll see that we are all on the same page here ...

We Are All Confused By This

No One Can Believe It's True

Everyone Out There Is Pretty Surprised

Thrown Off Doesn't Even Begin To Explain It

I just had no idea that this coupling was ever a possibility, so I think that's why it is really rocking my world. With that said, I am not trying to throw any shade with my reaction of surprise. Stonestreet could be the one for Bethenny for all I know! I wish them nothing but happiness.

The real question now is: Will Stonestreet make an appearance on Real Housewives? (Yes, please!)