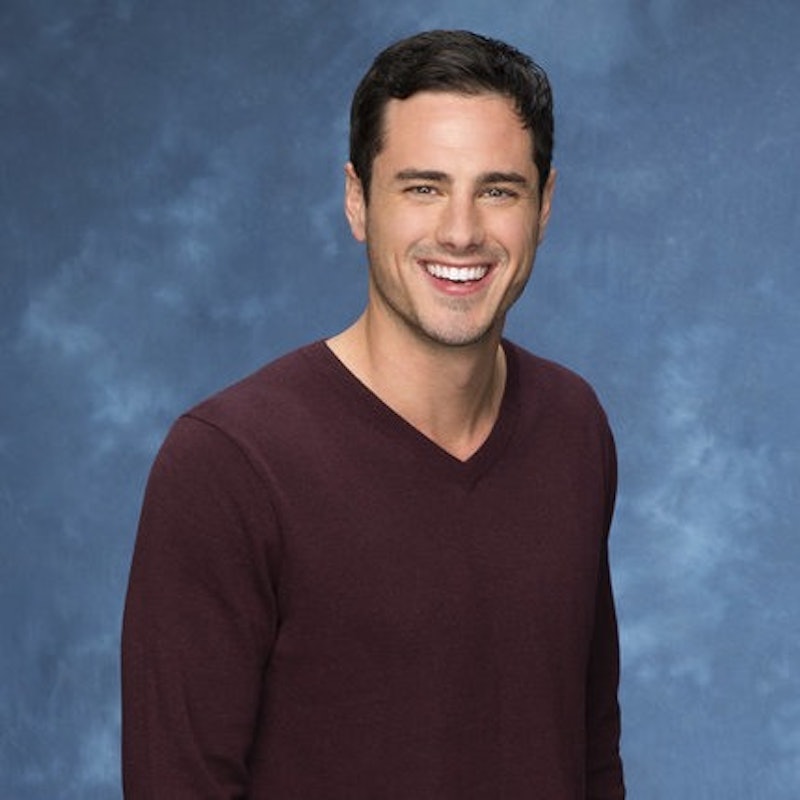 Ever since the rumors started swirling this morning that 26 year old Ben Higgins will be the next Bachelor, after being eliminated from Kaitlyn Bristowe's season of The Bachelorette, people have been in a tizzy about one thing in particular. It's not his adorable smile, or the fact that he was eliminated before Nick Viall, who is somehow still in this thing, his classy speech about the Fantasy Suites, or the fact that we called this over a week ago, it's something way simpler: his age. Like I said, Higgins (it's so weird calling him anything but Ben H., but this is the big-time now, buddy!) is just 26, and many people are questioning whether his youth means that he isn't ready for the heavy-duty commitment that the show requires.

Even though hardly any of The Bachelor's contestants have gotten married to the woman they proposed to at the end, or even stayed together, that is still the entire point of the show, and there is some worry that Higgins doesn't have the life experience to understand what he's getting into. That this is forever. Since the story broke, Ben H. has since denied the rumors, and ABC has yet to comment on the news at all, but that hasn't stopped fans from reacting to Ben H.'s potential appointment with, well, skepticism. (And a lot of excitement, of course.)

It's undeniable that 26 is pretty young. It's a year younger than me, after all, and you don't see me applying to be on a television show to find The One. (In fact, I'm hoping I have at least a couple more years of doing whatever the hell I want ahead of me, thank you very much.) So what I was wondering is this: is our boy Ben H. the youngest Bachelor ever?

And as it turns out, the answer is yes and no, because it's a tie. No Bachelor has ever been younger than 26, which is also the age that former Bachelor Jesse Palmer was when his season aired in 2004. So, there you have that. On the opposite end of the spectrum, the oldest was Byron Velvick, whose season also aired in 2004, when he was 40, followed closely by Brad Womack, who was 38 when he did his second round on the show in 2011. But, when you really look at it, Ben Higgins isn't that much younger than his peers. Even though the average age of the Bachelor is 31, five years older than Higgins, one of the three most commonly repeated ages (along with 30 and 32), was 28. That's just two years older, so he's still in pretty good company.

So yes, at the end of the day, Ben H. would still be our youngest Bachelor ever, technically, but should that really be held against him? If he says he's ready to get married and start a family, who are we to challenge that? He may be over a decade younger than Velvick and Womack were for their seasons, but — newsflash! — neither of those two found love on the show. Neither did Palmer, Higgins' fellow 26-year old. In fact, the only two Bachelors who are married to women they met during their seasons are Jason Mesnick, who has been married to runner-up Molly Malaney since 2010, and Sean Lowe, who wed Catherine Giudice in early 2014, and they were 33 and 28, respectively, when their seasons aired.

So there's officially no rhyme or reason to what leads you to success or failure on the series, and Ben H.'s age will likely be a non-factor. Let's hear that sigh of relief, everybody!