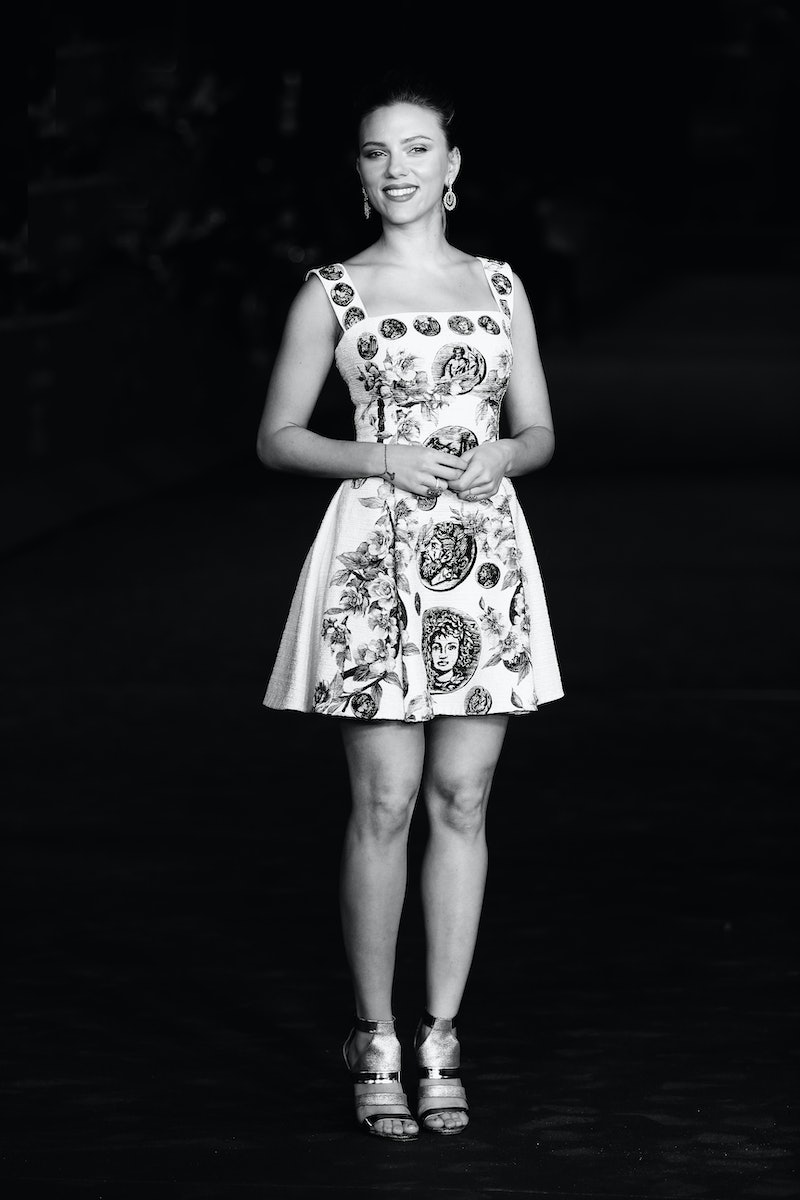 Let me preface the forthcoming body-positive rant with two important caveats: Hollywood is obsessed with traditional archetypes of beauty, and Scarlett Johansson is almost a living study in what Hollywood finds attractive. I know this. You know this. The internet knows this. Now let's take that in stride, and move on to said rant: Scarlett's latest movie, Her, has been making waves with the critics, and has been spotted as a potential Oscar candidate. In case you haven't seen the recently-released Spike Jonze film, it centers on a man, played by Joaquin Phoenix, who is in love with his computer's voice, brought to life by Johansson's smoky alto. It examines our relationship with artificially-smart technology in a touching way, often flip-flopping between despair and euphoria at the possibility of true artificial intelligence in the near future.

It seems fitting, then, that the normative, oppressive hand of the Golden Globes would disqualify Scarlett as a candidate for Best Actress in a Supporting Role. Clearly, awards organizations need to forbid non-male voiceover actors, whose plight was thoughtfully examined by Lake Bell in In a World earlier this year, from winning anything. How could Seth McFarlane possibly craft a song about seeing their boobs if they do not appear on camera. Oh the horror.

Allow me to temper my disillusionment by saying that, as In a World pointed out, voice acting is fraught with its own gender expectations and heteronormative problems. Scarlett's voice, like the rest of her, is very traditionally bombshell (not to disparage her for any of this, since I think she seems like a lovely person), so we aren't out of the sexist woods yet. However, the fact that the Golden Globes' controlling organization feels that a voice performance that shows nuance and range does not qualify as "acting" is simply ridiculous, as are any accusations that her role counts as "half a performance."

I realize that acting also involves a range of physical and non-verbal factors, and that we wouldn't have film without the ability of silent actors who used these to convey a message. However, Hollywood and its worshippers have gotten out of control in its objectification of women it finds beautiful, and its mockery of those it doesn't. Why else would we have a plethora of articles about the weight loss plans and post-baby bodies of the stars. Powerful plus-sized actors like Gabourey Sidibe and Queen Latifah have shown us that size does not determine your ability to give a powerful performance.

Now that the Golden Globes have shown their penchant for terrible decisions, it's time for the other awards to step up and allow Scarlett Johansson to participate. Maybe one day we can even let actors portraying female astronauts wear head-to-toe jumpsuits on camera.