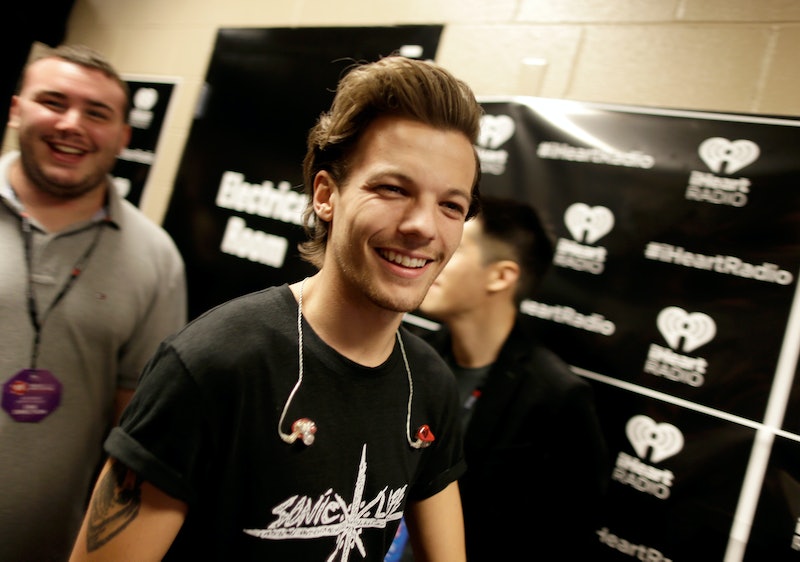 Well, I am sure you have all just gasped in disbelief at the hot news of this day: Louis Tomlinson of One Direction is reportedly expecting a baby with his stylist friend, Briana Jungwirth. Well, before I can properly take in all of this information, I have to slowly guide myself through so many questions, like, WHAT? And WHO is Brianna Jungwirth? And most importantly WHEN? When is Louis Tomlinson's baby due and when can we meet the first One Direction spawn?

When I first heard of the news of a One Direction baby, I was fairly certain it was going to be news of Zayn Malik and Perrie Edwards being future-parents, especially since he's left the band to pursue other endeavors. But, Louis? Guess he definitely had been enjoying his 1D hiatus after all. Early in March, Tomlinson split with his long-term girlfriend Eleanor Calder and People is reporting that Briana Jungwirth is a Los Angeles based stylist that has been friends with Tomlinson for a bit. A close source claims that,

Louis is happy and very excited about becoming a dad and he thinks Briana will be an amazing mother. It was a surprise at first, but he and Briana are very, very close friends and this has brought them even closer.

Well, I think it's totally admirable that Louis Tomlinson is stepping up to the plate and being responsible and mature about this situation. He has previously tried to play an April Fools joke on his fans by claiming he was going to be a dad, but seems like this is the real deal. So, when exactly can we expect the first One Direction baby?

In the People article, there is a source that claims that Tomlinson has vowed to make sure he is a hands-on dad "when the baby arrives early next year." This actually perfectly aligns with my calculations, and I can deduce that the Tomlinson baby will be due around January 2016. I usually take into account that people tend to wait until at least almost three months to announce a pregnancy, and People also claims that Jungwirth and Tomlinson were spotted out on some dates around May of this year, so yeah, July 14 should put them close to three months!

Apparently, Tomlinson has also been traveling back to L.A. to be at those early ultrasounds and even house hunting to be near when the baby is born. At this rate, we can probably expect news of a sure-to-be adorable 1D baby around January/February 2016, and along with working on some new One Direction music, Louis Tomlinson is about to be a very busy man AND dad!