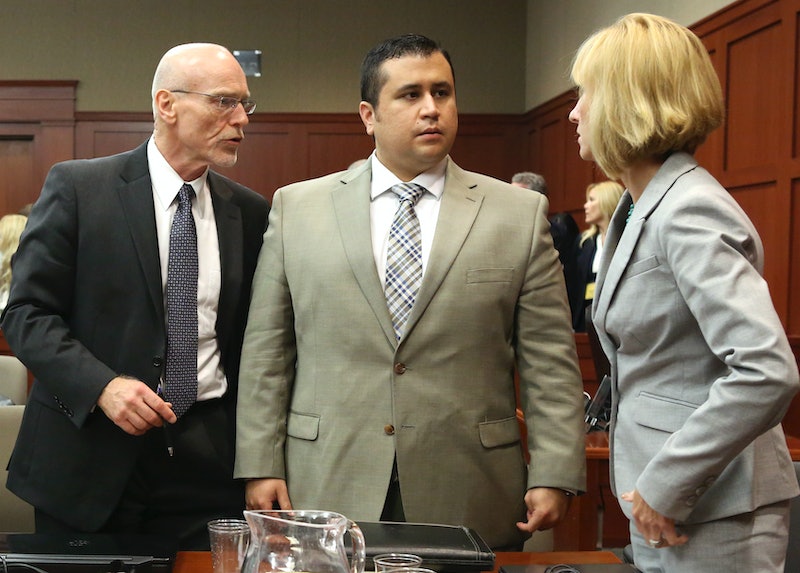 Get ready. The judge presiding over George Zimmerman's second-degree murder trail officially ruled Wednesday that the long-term call history between Zimmerman and police may be used as evidence. Meanwhile, the prosecution is in the midst of re-enacting the night Trayvon Martin died for judge, jury, and audience.

Judge Debra S. Nelson—the third judge assigned to the case, after the first two voluntarily stepped down—ruled Wednesday morning that 911 calls made by Zimmerman reporting "suspicious behavior" can be played to the jury. (Nelson had previously ruled that Martin's school records, cell-phone history and drug use could not be used as evidence at trial.) Over eight years, Zimmerman made close to 50 of these calls, briefing authorities on incidents from slow vehicles to loitering strangers. His attitude towards protecting the neighborhood has been described as "overzealous."

Meanwhile, the prosecution's case is in full swing. The responding officer and crime-scene technician, as well as a nearby resident, have all testified under oath their memories of the night Martin died. During the officer's testimony, prosecutors played a series of grisly crime-scene photos on the projector screen: Martin's body on the grass, the body under a sheet, and his hooded sweatshirt with a bullet hole. In court, his parents turned away, and later left the courtroom.

The resident on the stand, Selena Bahadoor, recalled hearing noises outside (including something, she swore, that sounded like "No," and later a shot) and seeing two "flailing" figures. It was too dark, she said, to identify either of them, or what they were wearing. After the shot, she saw a body lying facedown on the grass, but didn't leave her home. Does Zimmerman stand a chance? The Daily Show has declared him Guiltocent: