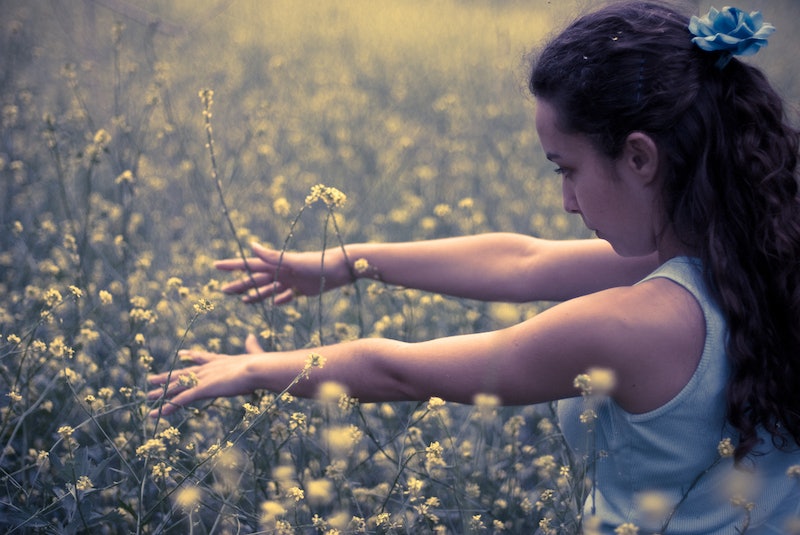 I love words so hard, which is a big reason of why I write (although this sentence is far from a glowing example of my work). However, many times words—at least English ones—can hardly begin to describe subtle, complicated, overwhelming feelings we as human beings experience on the regular (or not so regular, TBH). That doesn't mean those words don't exist in general. Many of these feelings have do have names, they just don't translate to English.

Man, other languages really nail stuff that I like and want. Stuff I can't ask for in English like c afuné , a Brazilian-Portuguese word that means gently caressing someone's hair and head. I feel like strong cafuné game is one of the most important qualities to evaluate in potential romantic partners.

Anyway, emotions definitely have the tendency to more complex than hair petting practices (I guess). They can be really tough to explain using strings or huge hunks of words. Gosh, wouldn't relationships be so much easier if we all spoke multiple languages? I kinda suspect that would be the case. More appropriate words and explanations lead to further clarity, eliminating room for misinterpretation. Here's some feelings described only with non-English words:

(Norwegian) The absolutely electric feeling one experiences at the very beginning process of falling in love.

(Filipino) An overwhelming urge to squeeze or pinch something because it is so freaking cute. By the way, science explains this phenom (especially with biting).

(Thai) Basically the uneasy feeling you get when someone goes out of their way to help you but you know it is a hassle. Pretty my default setting when asking for help in a retail space ever.

(Inuit) Feeling anxious about visitors arriving, perhaps so much so you can't stop checking the window for incoming evidence.

(Japanese) Unlike love at first sight, this phrase means the feeling that future love is possible upon first meeting someone. It has the capacity to warm even my stone-cold heart, so I mean.

(Portuguese) A specifically crushing feeling of recognizing the fact that something you lost will never be found again. Like, holy emo LiveJournal, Batman. But we all do know this one personally, I'm sure.

(Georgian) This is the feeling I get pretty much any Chipotle visit. It means you're full AF but everything tastes so dang good, you just keep on munching away.

(German) Hey! Here's a cool one for all you kiddos in your late-20s. It means the searing panic feelings one experiences when they suspect opportunity windows close with age. Wee!

(German) You know how sometimes you stand completely alone in the woods? No? You don't do that? Well, if you did, it'd be called waldeinsamkeit, and it's actually pretty dope.

(Ulwa) If you thought the woodsy words were done, you're wrong. This one entails the feeling of walking in the forest alone and suspecting you're covered in creepy crawlies. Sweet dreams!