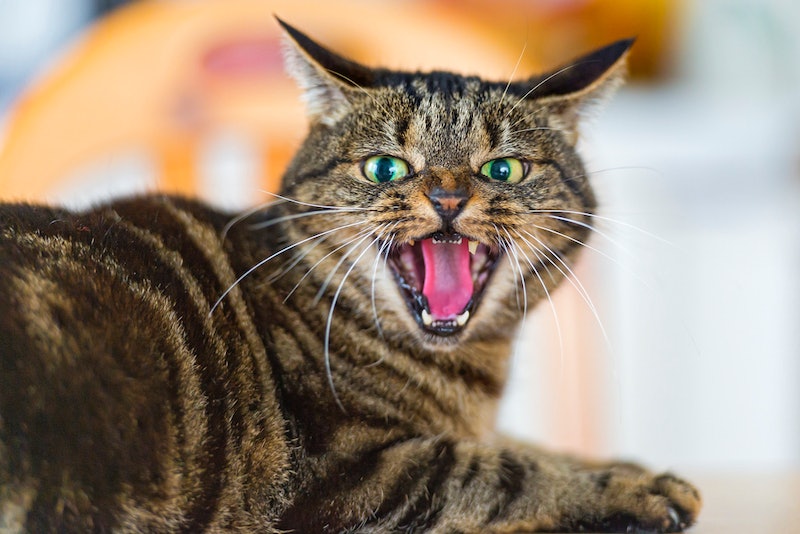 Have you ever ranted to your friends about something that's bothering you, trying to just "get it all out"? Well, it turns out all that venting is actually only making you more angry, according science. Stupid science taking all the fun out of everything. Maybe we should ranting about it! Or... not. Science sends us such mixed messages sometimes, doesn't it?

According to a lot of scientific evidence, the adage that letting your anger out makes it go away isn't actually true. In fact, psychologists have pretty well proven that, in fact, talking about all the things that make you angry just makes you more angry. And that's true whether you're talking face to face, in writing, or online.

As Jeffrey M. Lohr, a psychologist at the University of Arkansas who reviewed decades of research on the subject, told NY Magazine's Science of Us blog, for most people throughout the studies, "expressing their anger seemed to preserve rather than reduce the hostile feelings.” In other words, "venting" should really be re-named "fanning the flames" given that it just increases the pressure rather than relieving it.

So there goes that coping technique — which sucks, since holding on to your anger and getting all righteous and shout-y about it feels so good. But apparently "good" and "helpful" aren't the same thing. So instead of following your instincts and going straight for the ranting, what should you do to let go of your anger?

Unlike venting, it turns out this one is a cliche for a reason. Science says that deep breathing can help calm you down, whether you're pissed off or stressed or freaked out or whatever else. In and out, guys. In and out.

Do you like death metal music? Good news! Research has found that in fans of so-called "extreme" music, listening to a few tracks makes them less angry — kind of like how listening to sad songs can make you less sad. See? Not everything angry is bad for you! In fact, whether you like angry music or not, listening to music you do like is generally pretty good for you.

3. Write Down How You Feel, Not Why You Feel That Way

While telling other people about all the horrible things that are pissing you off only makes you more angry about them, writing about how you feel has the opposite effect. Researchers think it's because once you start trying to label your emotions, you're engaging other parts of your brain and therefore essentially short circuiting your anger. Plus, self-awareness is emotionally healthy, whereas spiraling into rage is not. So instead of telling everyone what made you upset, try asking yourself why you've reacted the way you have.

Exercise releases endorphins. Endorphins make you happy. When you are happy, it is harder to get upset about things, or to hold onto things that were pissing you off before the endorphin high.

Laughter really is good medicine, at least for your emotions. According to Mayo Clinic, laughter also stimulates endorphins and leaves you more relaxed. So instead of heading to social media to compose a rage post, head to YouTube and find something to make you laugh.

If you absolutely cannot bring yourself to let go of your anger, you might as well channel it to something actually productive instead of ranting about it. Studies show that being angry gives you a creative boost. So if you like to do any kind of art or have a problem that requires some creative thinking, now might be a good time to try your hand at it and see where you land.