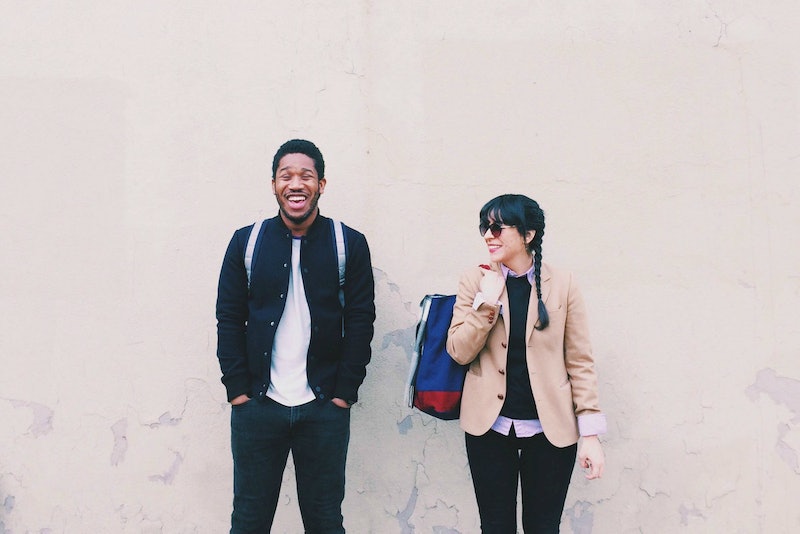 You’ve had those dates that start with disappointment and end with a hangover. The ones where your date fabricated their entire Tinder profile, ones who showed up intoxicated or couldn’t maintain eye contact — unless your eyes are suddenly on your chest, that is. It’s hard to keep on keepin’ on when so many dates go from bad to worse before you finish your glass of vino — but what inspires you to go for gold? Or at least venture out on thirsty Thursday? The possibility of sexual chemistry on the first date.

As well as you know the terrible kind, you’ve also had those dates that make you tipsy before you’ve even had a sip of booze. Your knees are touching, you’ve already imagined them naked a handful of times, and you can’t wait to passionately make out outside of your apartment.

But, if you’re anything like me — you always have this knot of panic in your stomach about a pretty big deal breaker that could rear it’s ugly little head in approximately three dates (or whenever the mood strikes). How do you know that the person you’re crushing on — from the very first date — will actually be good in bed? Sadly, there’s no magic trick to figure out their skills, but by decoding body language clues, you can get a sense if you’re compatible in bed.

Leave it to The Professional Wingman, Thomas Edwards to explain how to decode the scene before you strip down:

“The most important thing to look for is reciprocation,” Edwards says. “If your date is doing similar things as you — also known as mirroring—then it shows that your bodies are in sync. This is a huge indication of mutual attraction.”

2. You Can't Sit Close Enough To Each Other

“Pay attention to proximity. The closer your date moves to you, the more attracted they are to you, simply because they are comfortable with you being in their personal space,” Edwards says. He says to use your arm as a measuring stick, and anything closer than an elbow’s length is a good sign you’re meshing well.

3. You Make Excuses To Touch Each Other

Hey, it might seem obvious, but Edwards says it’s important. If you instantly and instinctively want to touch your date and they act the same way, it’s a sign that you’ll be comfortable touching each other in other — and more sensual — places. “It may not seem like a big deal to place your hand on their thigh or brush their shoulder, but if you’re leaving it there and your date isn’t tensing up or moving away, you are already drawn to one another in a physical way,” Edwards says.

4. You’re Looking At Each Other... Everywhere

Sure, some who gives good eye is super sexy, but Edwards say to watch for someone who not only maintains eye contact, but is checking out your, um, assets, too. If you find yourself trying to get an idea of what their body looks like underneath their clothes and vice versa, that’s an indicator that you would be adventurous and exploratory in bed together. “There’s the potential for physical chemistry to go through the roof from imagination and anticipation alone,” he says.

Awesome first dates last longer —obviously —than bad ones, and that’s usually because you’re busy talking. If you find that our conversations are lively, fun and interesting, that’ll make for better sexual compatibility in the bedroom, and even for a future relationship. Those who are able to communicate at the bar and be open, honest and vulnerable, will feel comfortable expressing what they want in the bedroom, making for a better bond and well, better orgasms for both of you.