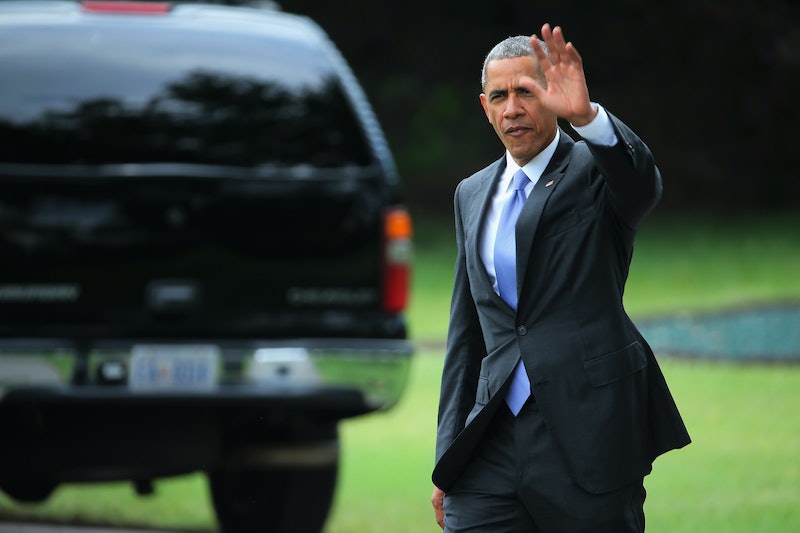 Last week, we all learned about an exciting TV special that will involve a certain Commander-in-Chief. The VICE News team will be tagging along with President Obama to the El Reno Federal Correction Institute in Oklahoma this week to film an interview for a VICE feature on the American prison system. It figures to be massively interesting — it'll actually be the first time a sitting president has ever visited a federal prison. In other words, you're going to want to see it. Here's how to stream President Obama's VICE special.

First thing first: You'll need to do some waiting. Nobody enjoys waiting, I know. But, sad to say, it'll be a while before the fruits of VICE's labors hit the screen — it's not scheduled to be released until sometime this fall.

Whenever it does air, however, it'll be on HBO, the home of VICE's engrossing episodic news program. This is good news if you've got a premium cable subscription, but obviously, not everybody does. Never fear, however — even if you don't, you can get a subscription to HBO independently of your local cable provider, thanks to their new HBO Now standalone service.

Here's the deal: Unlike the HBO Go app, which has been the go-to mobile device HBO app for years, HBO Now allows you to buy in without absorbing the costs of a full-fledged cable plan. This means that whenever VICE News runs the Obama interview — or whenever you want to see any of the channel's familiar faces, from John Oliver to Jon Snow — you'll be able to watch it all on your computer or mobile device.

It's a big change from how things used to be, and it's bound to be exciting news for all you cord-cutters out there, since a cable subscription used to be absolutely mandatory to gain access to the HBO roster of shows. Currently, HBO Now costs $15 per month. So if you've got that kind of disposable income, you can sign up whenever you want. And if for some reason you're interested in the Obama VICE interview and nothing else, well, you can cool your heels until the time comes.

Of course, you can also try to track down a friend who has access to HBO and watch it that way. Nothing like a little good-natured mooching, right? Whatever you decide, however, you've at east got some time to get it done.