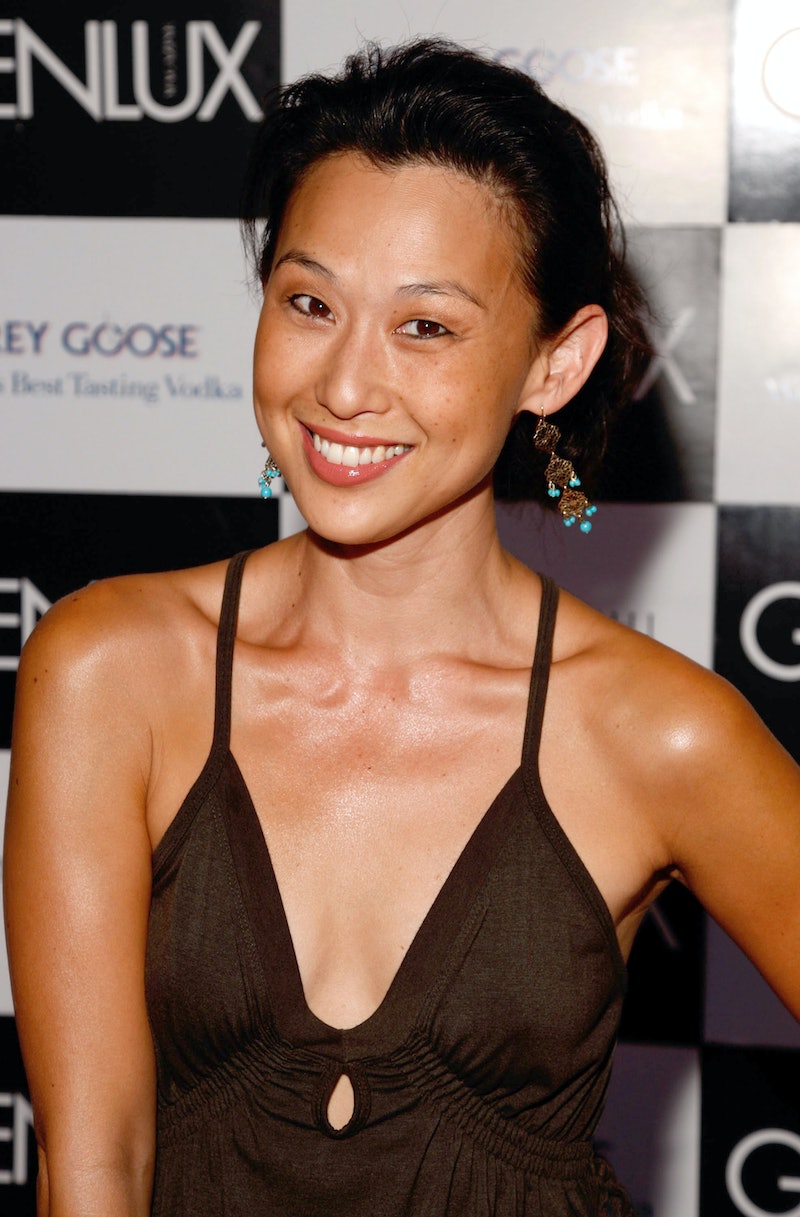 You may not know her name, but you'd definitely know her face. She played the girl ready to have sex "right now" in Can't Hardly Wait, Whitney in Bring It On, and a member of Cordelia Chase's posse in Buffy the Vampire Slayer. Actress Nicole Bilderback has been in so many of your favorite teen movies and TV shows, making her debut in Clueless , which celebrates its 20th anniversary. In the classic teen comedy, Bilderback played Summer, who was part of Cher Horowitz's cool clique.

More recently, Bilderback has had guest roles in TV shows like The Mentalist, Cold Case, Hidden Palms, and the original Heroes. In 2012, people thought the Korean actress was the Jane Doe suing the IMDB for revealing her age to be 40, but it wasn't her. Bilderback was able to make fun of this in a cute Funny Or Die video parody. According to an interview with Asiance Magazine, the Texas native came out to LA as a teen and booked her first jobs right away — commercials for Disneyland and Radio Shack. "After Clueless, a lot of other jobs were easier," she said. "Just having it on my resume, it was the big talk of the town at the time, all of young Hollywood wanted a role in that movie. I mean it was a huge deal. I had no idea."

Bilderback appeared as one of Cordelia's possee in the series' unaired pilot, as well as the Season 1 episode "The Wish."

Bilderback played Sasha, one of Queen Bee Libby's friends in the Season 1 episode "Dream Date." This is back when Libby and Sabrina were fighting over Harvey, but we know Sabrina wins that fight at the very end.

Kenny Fisher was desperate to have sex during this final high school party. Bilderback played a girl dumped by her boyfriend and ready to sleep with the next guy she saw and Kenny made sure it was him. But then Kenny got locked in the bathroom with Denise.

Bilderback played Whitney, one of the Rancho Carne Torros cheerleaders as part of the "cheer-ocracy."

Bilderback guested on four episodes of this James Cameron drama series, in which she played Brin, one of the X5 soldiers.

In 2001, Bilderback played Dawson Leery's Hollywood film producer for his movie in Seasons 5 and 6 of the classic '90s teen drama.

More like this
Reese Witherspoon Gave Fans Hope For 'Legally Blonde 3' After This Surprising Movie Inspired Her
By Jake Viswanath
At 28, Lesley Manville Was Acting, Picketing, & Singing Kate Bush Songs
By Olivia-Anne Cleary
22 Movies On Netflix That Are Perfect For The Whole Family
By Bustle Editors
Everything To Know About The HBO Max & Discovery+ Streaming Service Merger
By Brad Witter
Get Even More From Bustle — Sign Up For The Newsletter