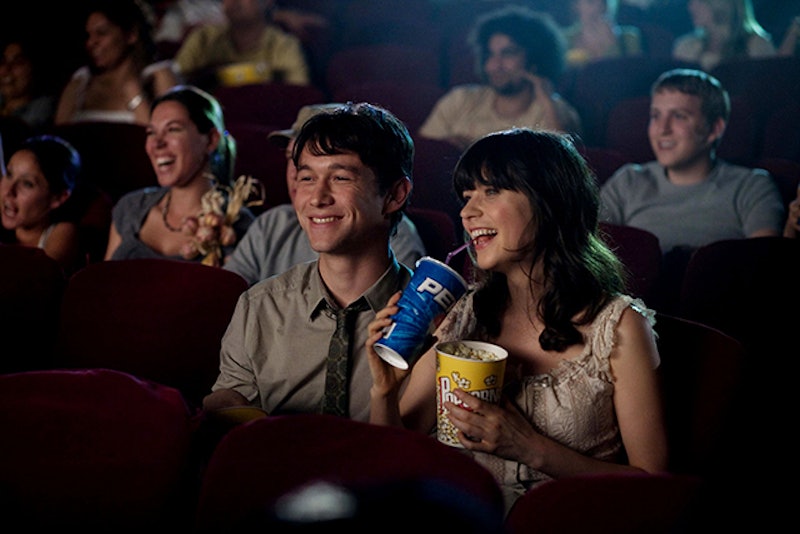 When we're deep in the heart of summer and it's 90 degrees in the shade, many of us —especially those of us who end up red as a lobster if we spend more than 60 seconds in the sun —opt to look for fun indoors; and since so many blockbuster films are released during the summer months, going to the movies is the perfect summer activity. The only problem is, after five minutes in a movie theater, we've suddenly gone from sweating to shivering. Why are movies theaters so cold in the summer?

What gives? After all, aside from our trips to the concession stand for popcorn or mid-film bathroom runs, we sit still the whole time we're inside a theater, so we're not likely to break a sweat. So why does the thermostat at movie theaters always seem turned down to meat locker levels?

As it turns out, the summer months — now known for being the ideal time to release a hit film — were, in the early days of cinema, the season when theaters either closed or had low attendance because they were too hot. Air conditioning was introduced to movie theaters in 1925, and thus essentially created the summer film blockbuster season that we all know and love today.

But while we may have air conditioning to thank for the existence of Hollywood blockbusters (could you imagine sitting through a two hour action movie without air conditioning?), freezing in a theater because you forgot to bring a sweater can be one of the more frustrating parts of the summer. Sure, I prefer a chilly movie theater to a non-air conditioned one, but nearly 100 years after air conditioning was introduced to theaters, shouldn't we have found a happy medium? But movie theaters aren't just messing with your head when they jack up the air conditioning — there are actually some very logical reasons why theater temperatures can be downright icy. Here's why movie theaters can feel like the polar ice caps:

1. Movie Theater Temperatures Are Set With A Full House In Mind

The air conditioning temperature is set in anticipation of a large crowd (and the accompanying body heat that that crowd will give off). So when you're in a packed house at 7PM on opening night, it may not feel quite so cold. But the temperature isn't adjusted at every showing based on the number of tickets sold — so if you attend a showing that's less crowded, you'll be in a huge, mostly empty room with the air conditioning blasting and none of the combined body heat to make it warmer.

Movie theaters would prefer that their patrons not nod off during the show. So they take a page from places like casinos and conference centers, which often have their temperatures set colder than we would like so that people will stay awake longer to continue gambling or not doze off during an all-day meeting. Why do movie theaters care if we fall asleep? Although they've already gotten our money for a particular showing, theater owners may figure we're less likely to come back if our last memory of their establishment is snoring through the entire final quarter of a film. Plus, snoring and drooling will definitely disturb the other patrons around us, who just wanted to watch some explosions in peace for a few hours.

3. It's Hard To Find A Temperature That's Comfortable For Everyone

Some people are always hot, while others feel freezing until the temperature hits a perfectly comfortable 90 degrees. Women get cold more easily than men, and older people often feel colder than younger people. During the hot summer months, theater owners would probably prefer to err on the side of caution and crank up the air conditioning, leaving a few patrons feeling frozen, rather than deal with disgruntled, sweaty moviegoers who were hoping to cool off. For those of us who get cold easily, well, good thing we have that sweatshirt...that we forgot to bring. It's a cruel world.

Air conditioning a theater is different than cooling down your house — and not just because you're not the one controlling the temperature. The theater is large and mainly empty, unlike a bedroom, living room or store which, in addition to being way smaller, is typically full of furniture. Additionally, the high ceilings means that any available heat will rise upwards, where it's plain useless. And, since there aren't windows in a theater, there's no way any sunlight can get in and provide a hit of desperately needed warmth.

So, really... don't forget a sweatshirt. You don't want to spend the whole summer movie season fixated on the goosebumps on your arms instead of the action on screen.