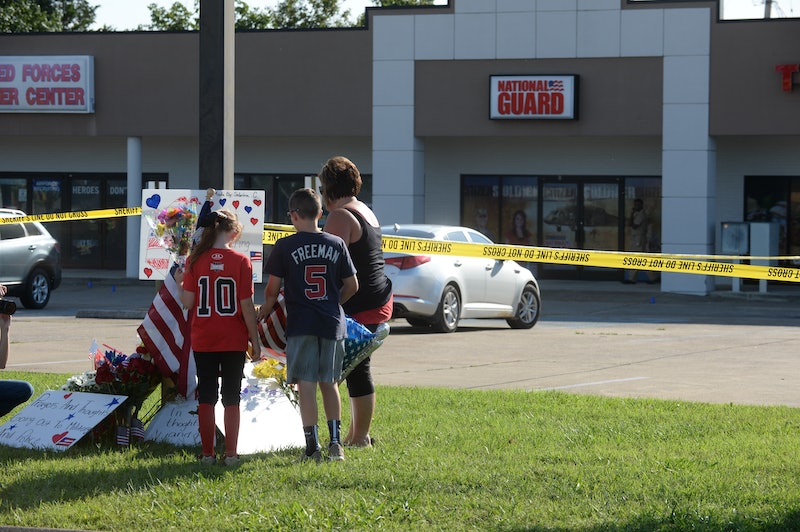 Four marines were killed in Thursday's shooting rampage in Chattanooga, Tennessee after a gunman, Muhammad Youssef Abdulazeez, allegedly opened fire at a marine recruiting center and a Naval reserve center. The first victim of this shooting to be identified is 40-year-old Marine Thomas Sullivan. As U.S. citizens begin to absorb the reality of yet another deadly shooting in the South, we all want to know not only about the shooter and his motives, but also want to ask about the victims — who is Thomas Sullivan, the first identified victim?

Sullivan was shot and killed Thursday when a gunman, believed to be Abdulazeez, opened fire at the Naval reserve center. Sullivan was a decorated war veteran, and a Gunnery Sargent in the U.S. Marine Corps. During his time in the Marines, Sullivan served two tours of duty in Iraq and was awarded both the Purple Heart and Combat Action medal. Notably, Sullivan survived the attack on U.S. soldiers at Abu Ghraib by Iraqi forces in 2005, where 44 American troops and a minimum of three prisoners were injured.

Sullivan grew up in Springfield, Massachusetts, with two siblings, Joe and Diane, and his parents, Betty and Jerry. Sullivan's brother Joe also served in the armed forces, and is the owner of a popular neighborhood bar in Springfield. According to Mass Live, Joe Sullivan has asked that residents in their area lower their flags to half mast to honor his brother's tragic and shocking death.

As of Friday morning, the Marines have not yet announced any funeral plans for Sullivan. The Facebook page for the India Battery 3rd Battalion 12, with whom Sullivan served, posted a photo of Sullivan with a message asking battalion members to pray for his family. The post has been shared over 100 times, and many have posted their condolences.

Currently, Sullivan is the only victim killed in Thursday's shooting to be identified. The FBI has technically not released any names of victims, and is leaving it to the Department of Defense to publicly identify the other three slain marines. All of the victims' families have been notified. More information about the victims and Abdulazeez will be made available as the investigation continues.