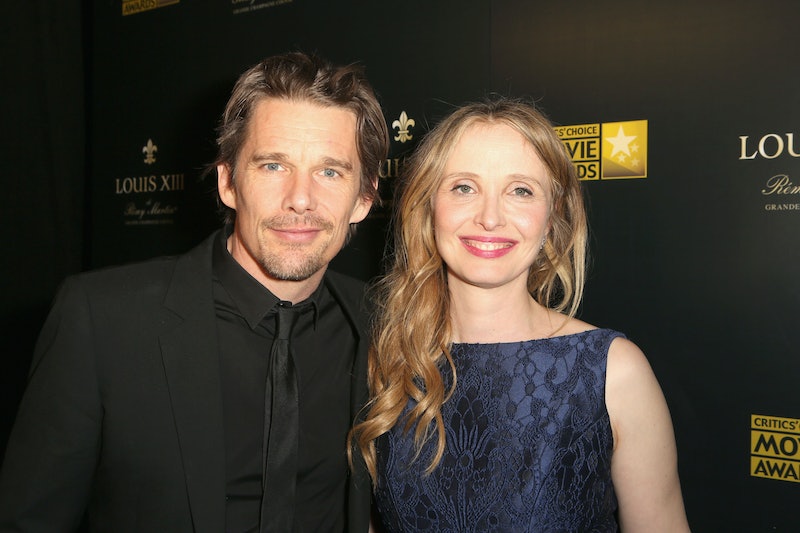 There is a scene in Before Sunset, Richard Linklater's 2004 follow-up to his beloved 1995 romance, where the two main characters, Jesse (Ethan Hawke) and Celine (Julie Delpy), are fighting over whether or not they had sex on the night they first met nine years ago. Their memories are conflicted; Jesse adamantly believes that they did, and is insulted that Celine doesn't remember, but Celine swears that the event never occurred. They argue for a few minutes, both of them certain in their beliefs, but eventually move on to a less-heated topic.

As I watched this unfold on my TV last week, I wanted to shout at the screen. I knew Jesse was right. They'd had sex. It hadn't been explicitly shown in Before Sunrise, but it had definitely been implied. I had seen the first film only two days ago, and so my memory of this, along with every other past event alluded to by the characters in Sunset, was crystal clear. It appeared that I knew more about Jesse and Celine's lives than they did.

This in itself wasn't a bad thing. It was helpful to know what had happened in the previous film, no different than if I had re-watched Batman Begins before The Dark Knight. There were no plot points to confuse me, no characters unfamiliar. Yet I couldn't help but wish my memories could be as foggy as Jesse and Celine's, or the millions of people who had waited nine years between films, instead of just two days.

Until last week, I had never seen any of Linklater's beloved Before movies. Avoiding them hadn't been an active decision; I knew the films were supposedly great, but they were just two of many movies I had meant to see over the years. Over the last few weeks, though, as the upcoming release of the last in the trilogy, Before Midnight, loomed large and the excitement grew from friends and Twitter users alike, I decided it was time to give the series a chance. So I rented Before Sunrise and Before Sunset from the library, found a comfy spot on the couch, and spent the next few nights enraptured by the world of Jesse and Celine.

I fell in love with the movies quickly and deeply. The characters were inviting, the settings beautiful, the dialogue sharp and exciting. I could spend hours listening to Jesse and Celine's fascinating, irritating, endless conversations. I hated that I had to wait weeks to see Before Midnight (it opened in limited release May 24, and will be widely released on June 14) when the first two films had been so readily available for me to watch. It wasn't a rational anger, of course — I had waited much longer to see sequels to other films — but still, I was disappointed. The Before movies were just so good, and it killed me not to have an immediate answer to what happened after Jesse missed his plane.

Yet as much as I loved seeing the two films back-to-back, I wish I had seen them earlier, closer to their original releases, and waited years in between like so many others did. This time would've allowed me to connect with Celine and Jesse, and feel relief at their long-awaited reunions, on a stronger level than I could feel now, having only been apart from them for a matter of weeks. When I do see Before Midnight when it's released in theaters, I won't be surprised. There will be moments in the film that will cause Celine and Jesse, as well as viewers, to think back to nine years ago and struggle to remember details of their previous times together. I'll, however, already know the answer. I'll have clear memories of the last, knowing look Jesse and Celine gave each other in her apartment before the movie's end, of the details of the conversations they had as they walked through Paris, reconnecting after so much time apart. I won't be startled by how Jesse and Celine have descended into middle age, as my view of them as young in the last films was tainted by quick Google searches of Ethan Hawke and Julie Delpy in the present day. Unlike so many other fans of the films, who haven't seen a Before film in nine years, Before Midnight won't transport me back to the past, or make me struggle to remember scenes from the previous films. I'll have all the information right at my fingertips.

There's nothing I can do, of course. I'll see Before Midnight, and I'm sure I'll love it just as much as the previous films. Like everyone else in the audience, I'll marvel at the ingenuity of the movie's plot, the sharpness and frequent hilarity of its dialogue. Yet unlike so many other viewers, who will be reuniting with these characters for the first time in years, I won't get to fall in love with them all over again. And that's a real shame.