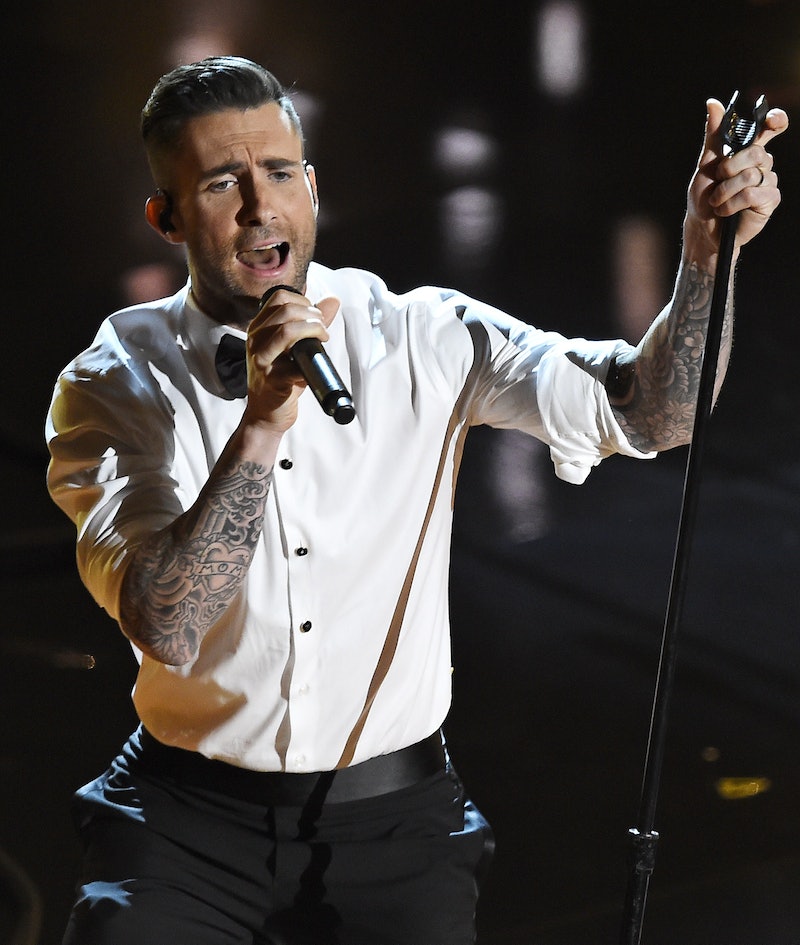 Hearing Maroon 5 on the radio is kind of a given these days, like the sky being blue, or Starbucks coffee being a guaranteed way to improve your day. Their latest summer hit, Maroon 5's "This Summer's Gonna Hurt," is sitting pretty on the Top 40 charts, where it's been heavily and awkwardly censored for liberal use of the word "motherf***er." But the band is probably used to it by now. Drawing once again on my personal and purely hypothetical teenage boy theory, Maroon 5 occasionally likes to take their song lyrics into uncomfortably NSFW territory, uncomfortably because it sometimes feels like they just discovered what sex is, and that "big" sort of rhymes with "sh**."

Sometimes, listening to a Maroon 5 album can feel a lot like listening to an ode to sexuality, because most of their songs either outright reference, or heavily allude to, everyone's second favorite bedtime activity after sleeping. Add that to the expletives that are occasionally laced through their lyrics, and you have a recipe for disaster — or fun and youth rebellion, depending on your age when you first got into the band.

To further prove my theory, here are all of Maroon 5's most X-rated song lyrics ever.

Maroon 5 hasn't any shits left to give.

"And I'll be waking up, feeling satisfied but guilty as hell" - "One More Night"

That was more than I ever wanted to know.

"The way it feels to be / Completely intertwined" - "Misery"

There they go again, spelling it out for you.

"Don't let nobody touch it / Unless that somebody's me" - "Sugar"

Calm down, Adam Levine. We're talking about your human person lady friend, not a car.