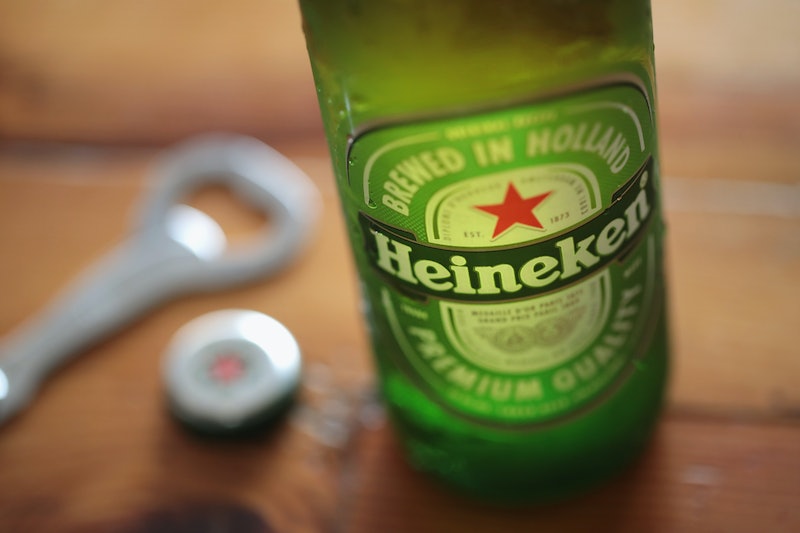 We all know that science has a lot of very important things to do, like curing diseases and investigating the origins of the universe, and we're all very grateful for those things — but I'm also happy that science finds time to classify the four types of drunk people. And even better, they've named the categories after literary and pop culture figures. This is relevant to basically all of my interests.

We can all direct our gratitude for this new development in our drinking lives to researchers from the University of Missouri at Columbia and a study they recently published in Addiction Research & Theory. The study involved 374 undergraduate students at a large Midwestern university, and looked at five factors that are affected by drinking: Intellect, Conscientiousness, Agreeableness, Extroversion, and Emotional Stability. Participants were recruited based on their answers to a survey question of whether they had a "drinking buddy" who was familiar with what they were like both drunk and sober. Target participants and their drinking buddy then filled out an extensive survey about the differences in their drunk and sober personalities.

And from this data, the researchers' analysis turned up four definite patterns. Isn't science great?

On a more serious note, the researchers believe that having categories for different types of drinking personalities could help in treating people with alcohol addictions; it classification system might allow those treating such disorders to develop more personalized approaches. However, they are also relevant for people without an alcohol problem, because of course they are. So which type of drunk are you? Take a look at the categories below and see which one fits.

Interestingly, the most common type of drunk personality is not to have any significant personality change when drinking. Although you might act differently because of the whole being-cognitively-impaired-by-alcohol thing, your personality stays pretty much exactly the same. About 40 percent of people belong to the category, which was named in honor of Ernest Hemmingway's boast that he could drink "any amount of whiskey without getting drunk."

Mary Poppins drinkers live up to Mary's habit of being practically perfect in every way. If you're a Mary Poppins, you're probably an already agreeable person who becomes even sweeter when drunk. You probably still won't be able to fly with an umbrella, though, so... don't do that.

Named for the Eddie Murphy (and previously Jerry Lewis) character, Nutty Professors are drinkers who start off introverted, but become more outgoing as the booze hits. Apparently it's also usually accompanied by becoming less conscientious, though, so it's probably best to bear that in mind if you happen to be a Nutty Professor yourself.

The original and ultimate two-faced character, Mr. Hyde was Dr. Jekyll's sinister alter ego; as such, it makes sense the study would use the name to label drinkers who are “less responsible, less intellectual, and more hostile when under the influence of alcohol.” Yikes.