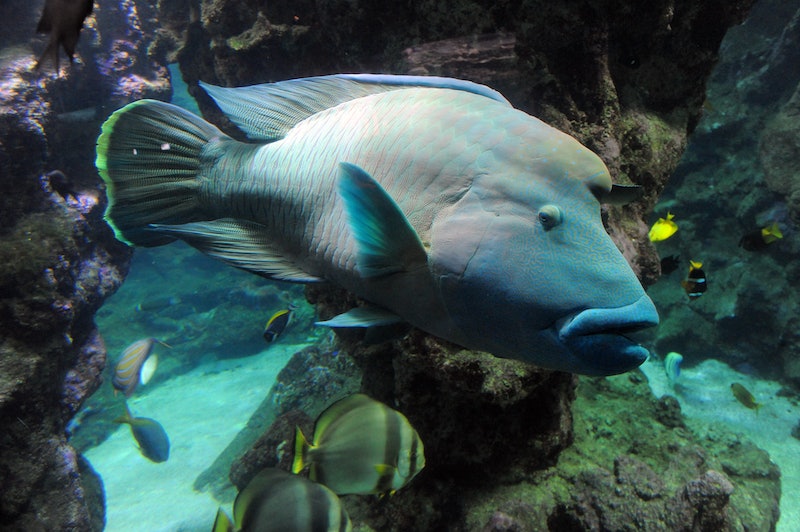 Slang changes as quickly as fashion does (or as quickly as Heidi Klum claims fashion does on Project Runway): One day you're in, and the next day you're out. It's almost not worth keeping up with what the cool kids are saying these days, because as soon as you learn it, they'll have moved on to shorter, more complex abbreviations. Sometimes, though, I realize I've still got it — like last night, when my father asked me, "What does 'finna' mean?" This one's actually been around long enough that it was cool when I was in high school, so I could handle it. And it actually has nothing to do with fish.

"Finna" is an abbreviation for the phrase "fixing to." It is essentially used in place of the more common (and the more easily understandable) "gonna," which is short for "going to." If you're finna do something, you're going to or planning on doing it. For example, if you tell someone that you're "finna take a walk around the block," what you mean is "I'm going to take a walk around the block."

It seems like everyone is saying "finna" these days, but the expression actually has its roots in African American Vernacular English (AAVE). Most etymologists trace it back to a shortening of the very common Southern phrase, "fixing to."Julia Thomas and Timothy Grinsell, two linguistic researchers from the University of Chicago, published a paper of the proliferation of the phrase "finna" (as well as its similar cousins, "fitna" and "finta"), which actually claims that "finna" and "gonna" — as well as "bouta," which is short for "about to" — have historically had slightly different meanings, even though they are used relatively interchangeably today.

Think you're ready to add "finna" to your vocabulary? Here are five things I'm finna do this weekend, because that's obviously the best way to start using the term:

I'm finna take several naps, because that's what Saturdays are for.

It's summer, and I'm not finna let the season go by without maximizing my time in the sunlight.

You better believe I'm finna eat a popsicle if I'm in the sun. Also that pig is #PopsicleGoals.

4. Probably Explain "Finna" to My Mom

Now that my dad is using it, I know I'm finna get a phone call from my mom asking me to explain it to her as well.

5. Finish Orange Is the New Black

I'm finna find out what happens at the end of the third season, because it's only by the grace of God that I've managed to avoid spoilers this far.