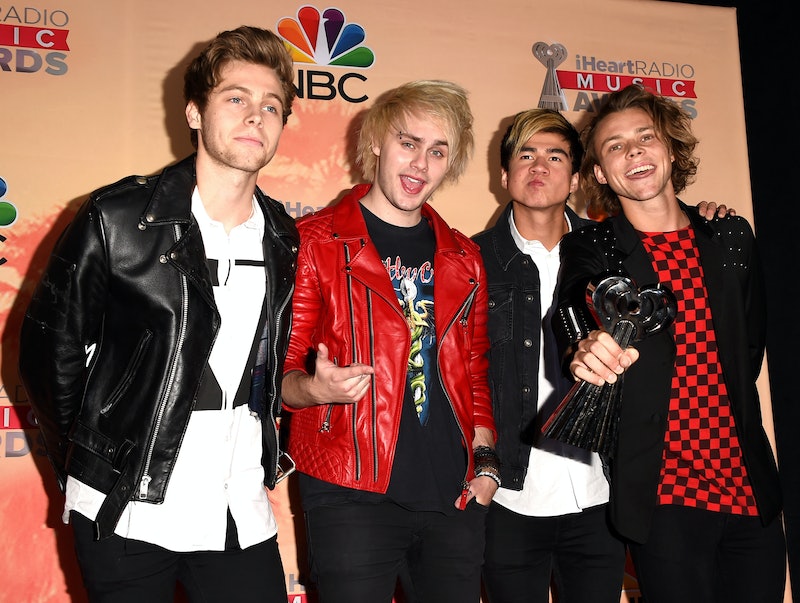 Nostalgia alert! On Friday, Australian pop rockers 5 Seconds of Summer debuted their new single, "She's Kinda Hot," and it totally sounds like an old Good Charlotte song. Yup, it's time to dust off your finest Von Dutch hat — you're going back to 2003! No DeLorean or flux capacitor required. There's a simple explanation for the track's major The Young and the Hopeless vibes: according to Billboard, 5SOS co-wrote "She's Kinda Hot" with Good Charlotte members Joel and Benji Madden. Suddenly, it all makes sense, right? With its rousing pop-punk guitars and hopeful lyrics, I can definitely see the tune catching on.

On the chorus, the guys triumphantly sing:

They say we're losers and we're alright with that

We are the leaders of the not coming backs

But we're alright, though

We are the kings and queens of the new broken scene

Will "She's Kinda Hot" become 5SOS' first top 10 single on the Billboard Hot 100 chart? They've has amassed an impressive U.S. following since the premiere of "She's So Perfect" back in April 2014, so it's certainly possible. Check out the band's latest release below.

"She's Kinda Hot" is available on iTunes and Spotify now.