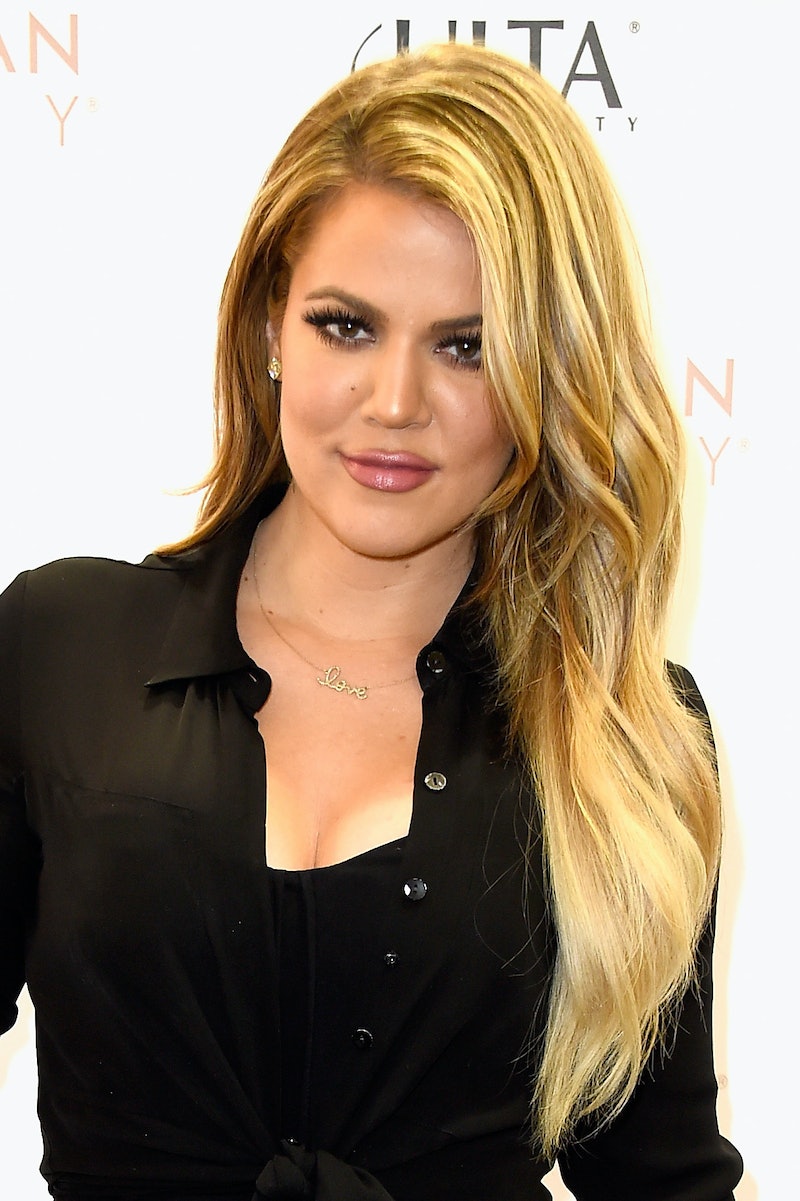 I’ve been watching Keeping Up With the Kardashians for a long, long time now. Still, after all these years, a few things have remained clear. For one, Khloe Kardashian is a hilarious human being and, she's relatable. In a way that the other Kardashians, while entertaining and intriguing, aren't. I just get her. And, I assume, if we ever met, she’d get me. The third Kardashian sister is spunky and outspoken and she never lets anyone, even her family, get away with offending her or annoying her without a special dose of her very own sass in retaliation. So, if you also feel at one with the reality star, keep with me. I have something for you that may come in handy one day.

Because KoKo is as witty and cutting as she is, there is a plethora of evidence of said sassiness. If you’re fed up, or at your wits end, or if you’re just having a particularly rough day or life, there are plenty of GIFs from our favorite DASH owner that will make a lot of sense to you and I've compiled them all here. No, please, hold your applause. I am not worthy. OK, actually, keep it coming.

Here are 13 spectacular Khloe Kardashian GIFs for when you’re at your absolute wits end. Because, we all have those moments:

1. When You're Friends Propose A Toast & Ask What You Should All Drink To

It was a long week.

2. When Facebook Tries To Get You To "Reconnect" With Your Own Personal Voldemort

3. When You Hold Down Your Horn Because The Person In Front Of You Is Texting Even After The Light Turned Green

We all have places to go, people!

4. When You Get Your Credit Card Statement After Christmas Shopping

Being Santa isn't nearly as fun as it used to seem.

5. When Your Friend Is Making Out With Her Boyfriend Next To You

6. When Someone Asks If You've Spoken To Your Ex

Next best thing: Make her feel bad for you.

8. When Your Friends Are Mad At One Another & They Both Try And Vent To You

Witness protection. It's the only way.

9. When Your Boyfriend Asks What Happened To His DVR Recording Of A Wrestling Match

It was best for everyone this way.

10. When Your Nana Tells You She Loves Your Hair Curly, After You've Already Gotten It Permanently Straightened

11. When A Store Clerk Calls You Ma'am

Well, that's the end of that.

13. When Siri Corrects You

You work for me.