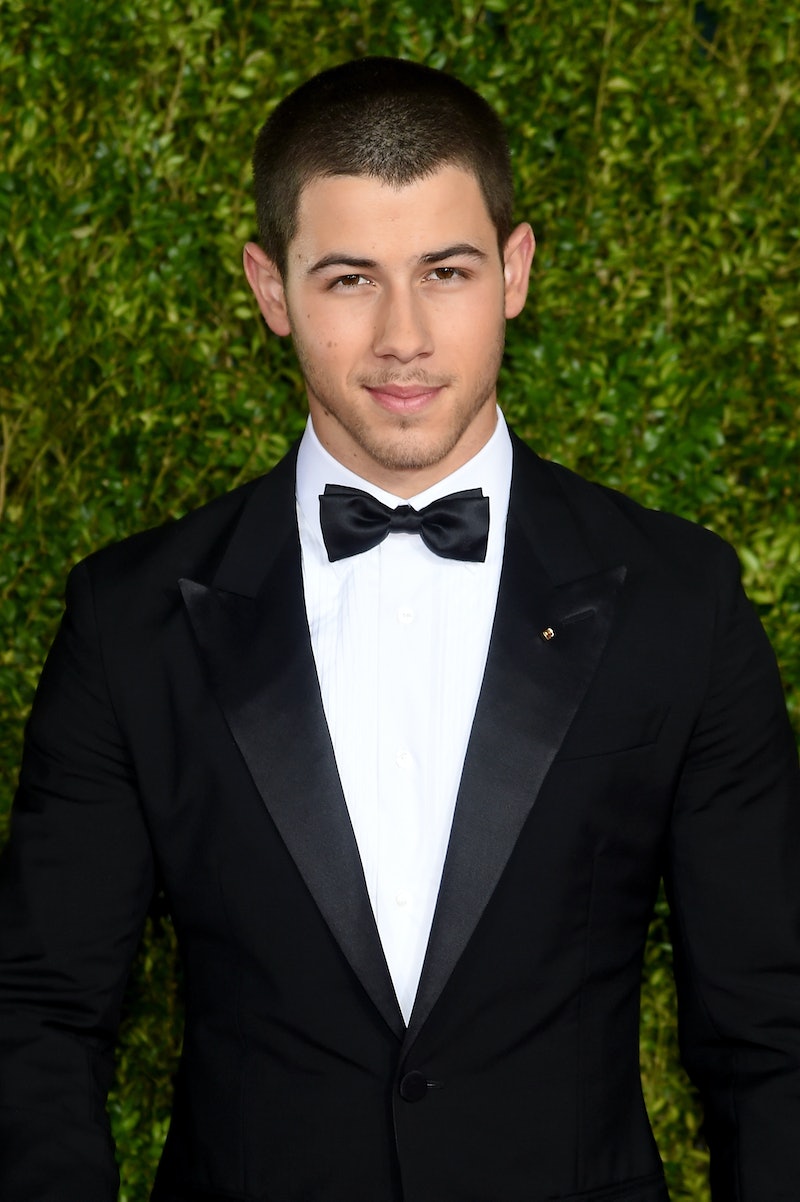 The word "curvy" has been stirring up a lot of drama this week (see: Instagram's announcement to ban the word), but I don't think people are going to stop using it. One person who isn't afraid of using the word? Nick Jonas, who said that he loves curves during an interview with Refinery29. Their conversation was chock-full of body positive quotes, making me swoon and I'm sure I'm not alone.

It's not new news that he cares about personal fitness, because we've all seen how the "Jealous" singer has grown to become the hottest (sorry, Joe) brother over the past few years. It's no surprise then that Jonas has an opinion on body image, but I'm just glad he's still the same sweet guy from his Disney channel days. "All body types are beach bodies," Jonas told Refinery29. "It's about being okay with that and being okay with yourself. I think it's all about confidence, because that's beauty for sure." OK, Nick. We. See. You.

Even though this is all so cute, I'm not saying that Jonas is the voice that all women need to listen to, but he doesn't either. "I love curves," he continued. "I mean, that's not advice, but that's just my opinion."

Although we shouldn't care what men think about our bodies, it never hurts to hear some positive encouragement and to know that there are body positive guys out there like Nick Jonas. I think his sweet comments came at just the right time because I'm currently awaiting the arrival of a very sexy swimsuit that I had doubts about. Thanks, Nick. xoxo

More like this
Most Comfortable Underwear For Big Butts
By Audrey Williams
42 Black Owned Fashion & Beauty Brands To Support Today & Always
By Mekita Rivas, Shea Simmons, Kui Mwai and Dominique Norman
11 Graduation Guest Outfit Ideas To Wear To Someone Else’s Ceremony
By Phoebe Avison and Claire Fox
How To Style French Girl Bangs
By Jordan Murray
Get Even More From Bustle — Sign Up For The Newsletter