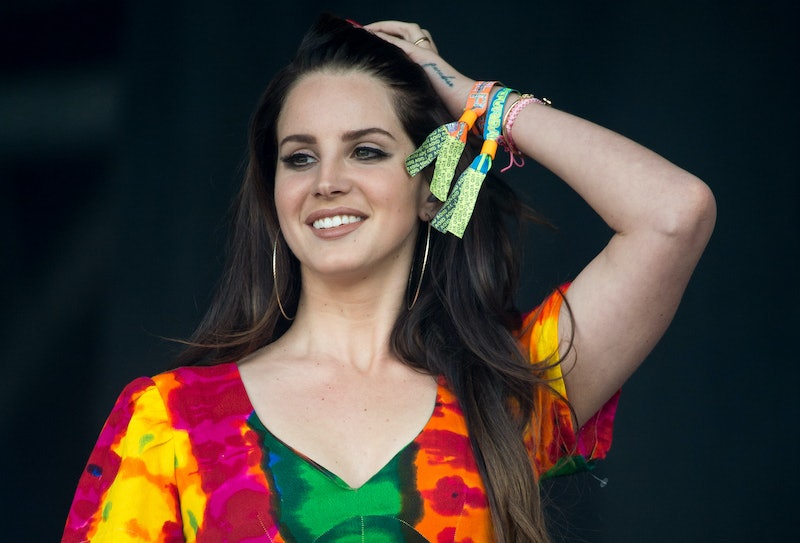 On the Road author and poet Jack Kerouac wrote about America like the country ran through his veins. From the ecstasy he experienced traveling across America's back roads to the darker themes like poverty and drugs, Kerouac inspired generations of young Americans who traveled in his footsteps — and, after listening to copious amounts of the queen of Americana, Lana Del Rey, I'm fairly sure Del Rey is one of those who was inspired. Whether it is a direct inspiration or not, Del Rey has a way of channeling Kerouac in her songs — so much so that it's almost impossible to tell a Kerouac quote from a Del Rey lyric.

The English majors in the audience are likely thinking they can handle this quiz easy peasy, but don't be too sure of yourselves — Del Rey's haunting lyrics are all about being on the road, the grime and beauty of the city, and looking back on the American past with nostalgia. Her songs are poetry set to music — it's like the songstress is just always dropping some spoken word coolness. As for Kerouac, he blazed the trail Del Rey and so many other counterculture types woulds follow, and his own words echo a sentiment that never goes out of style: America is beautiful, America is expansive, America is haunted by its own past.

Ready to put your Kerouac and Del Rey knowledge to the test? Read each quote, make your guess, and then head to the bottom of the page to see if you can tell a modern day singer's words from a classic writer's. (All Googlers will be sent straight to the principal's office.)

1. "There was nowhere to go but everywhere, so just keep on rolling under the stars."

Kerouac and Del Rey both suffer from major wanderlust. Is there a clue in the last half of the quote? I'll never tell.

3. "There’s no use in talking to people who have a home, they have no idea what its like to seek safety in other people, for home to be wherever you lay your head."

The nomadic lifestyle called to both Kerouac and Del Rey.

4. "I was surprised, as always, by how easy the act of leaving was, and how good it felt. The world was suddenly rich with possibility."

How rich with possibility is your chance of guessing right?

5. "I used to wonder if it was God's plan that I should be alone for so much of my life. But I found peace. I found happiness within people and the world."

A life on the road is a lonely one, but rewarding in its own peculiar way. I think both author and singer would agree.

6. "I believe in the country America used to be."

Which person was most guilty of indulging in nostalgia for a time that never really was? (This is your friendly neighborhood hint drop.)

7. "We had nothing to lose, nothing to gain, nothing we desired anymore, except to make our lives into a work of art."

Who is most intensely focused on art? And who has an urge to watch Moonrise Kingdom suddenly? (Sorry, that last one is me.)

8. "And the story of love is a long sad tale ending in graves."

Sorry, guys, that got real, fast.

9. "The world needs poetry now more than ever."

Again with the nostalgic lamenting. Is this the same person who longed for a forgotten America?

10. "He had never felt anything like that before — yet somehow he knew that from now on he would always feel like that, always."

Ahh, the theme of freedom. That should clear this one right up for you.

11. "He was charismatic, magnetic, electric and everybody knew it."

Could this line be about a beat poet or someone else entirely?

Words to live by, right? But who said them?

Ready to find out how you did?

Check your answers below to see if you know your Kerouac from your Del Rey.