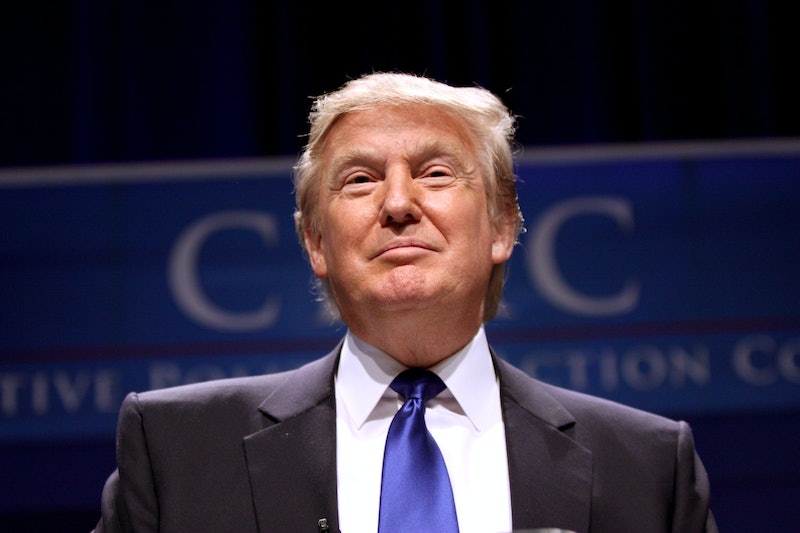 Donald Trump made yet another outrageous and contentious statement Saturday when he said Sen. John McCain, a Republican from Arizona and former presidential candidate, was not a war hero. McCain served as a naval aviator during the Vietnam War and was shot down and held prisoner for five years in Hanoi, according to The New York Times. During a Republican forum in Washington, Trump said McCain isn't a real war hero: "He’s a war hero because he was captured. I like people who weren’t captured," Trump said. Both the GOP and Hillary Clinton responded to Trump's McCain comments, yet again condemning his language and his effect on the Republican party's image. But Clinton pointed out a strange discrepancy between the Republican National Committee's response to these comments and Trump's previous comments about Mexican immigrants.

The Times said Trump and McCain have been engaged in a "war of words" over the past week. Most recently, McCain said Trump was appealing to "crazies" in the party when he said Mexican immigrants are "bringing drugs, they're bringing crime, they're rapists, and some, I assume, are good people," according to the Associated Press. Trump's comments about McCain's service have met more immediate condemnation from other Republican candidates and officials than his comments about Mexican immigrants, according to the Times. Democratic front-runner Clinton responded to the "shameful" comments by not only calling out Trump — she also called out the entire Republican party for not condemning Trump sooner.

Donald Trump, finally a candidate whose hair gets more attention than mine, but there’s nothing funny about the hate he is spewing at immigrants and families — and now the insults he has directed at a genuine war hero, Sen. John McCain. It's shameful, and so is the fact that it took so long for his fellow Republican candidates to start standing up to him. The sad truth is if you look at many of their policies, it can be hard to tell the difference.

The Republican National Committee's Chief Strategist and Communications Director Sean Spicer also released a statement in response to Trump's McCain comments, according to the RNC website:

Senator McCain is an American hero because he served his country and sacrificed more than most can imagine. Period. There is no place in our party or our country for comments that disparage those who have served honorably.

Both Sen. Ted Cruz, a 2016 Republican candidate from Texas, and Gov. Chris Christie of New Jersey supported Trump after his comments about Mexican immigrants, according to Think Progress. Cruz said he doesn't think Trump should apologize for "speaking out against the problem that is illegal immigration," and Christie said he was "not personally offended" by Trump's comments, according to Think Progress. A few hours after Trump made his initial comments, the RNC's same communications director, Spicer, said Trump's statements were "not helpful to the cause" of helping the Republican party be more inclusive of Latino voters, but the party never released an official rebuke or apology for his comments.

Further, Gov. Scott Walker of Wisconsin, another 2016 Republican candidate, had resisted criticizing Trump after his immigrant comments, but he "unequivocally" denounced Trump once he questioned McCain's military record, according to the Times. Republican hopeful and Florida Sen. Marco Rubio was one of the six candidates who openly criticized both Trump's comments about immigrants and now his remarks about McCain. Rubio called Trump's immigrant comments "offensive and inaccurate, but also divisive," according to Think Progress. Rubio spoke on CNN's State of the Union and said Trump's remarks about McCain say that those who are captured in battle are "less worthy of honors," Fox News reported:

It's not just absurd, it's offensive. It's ridiculous. And I do think it's a disqualifier as commander in chief.

Both Cruz and former Arkansas Gov. Mike Huckabee said they agree that McCain is a genuine war hero, but they would not say they condemn Trump's comments, according to Fox News.

Despite the inflammatory comments, Trump has surged in the polls, raising questions about just what gets attention from Republican voters.