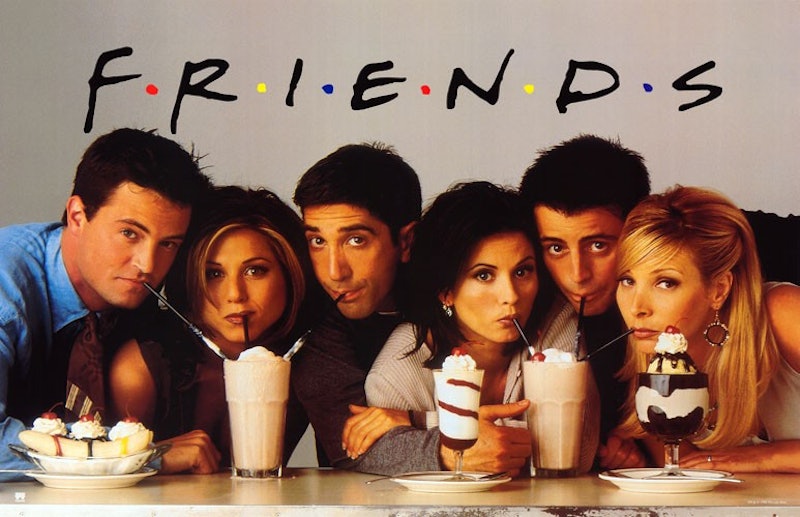 In 1984, President Ronald Reagan took time out of his busy schedule to declare July 19th as National Ice Cream Day. His written proclamation states the delicious treat is "the perfect dessert and snack food." Pop culture agrees with the former president, because there have been so many top ice cream moments in TV and movies over the years, from Oscar-winning movies to hilarious classic sitcoms. They're so good they'll have you craving a scoop for yourself. You scream, I scream, we all scream for ice cream indeed.

Ice cream is especially good during the summer, but it's widely loved year-round. Rihanna loves the dessert so much that it's the only food her personal trainer won't ban her from. "Chocolate ice cream is her comfort food," personal trainer Ary Nunez told Bang Showbiz. "She says to me, 'I need my quota.' I believe deprivation leads to disaster, so I don't stop her - that'd be asking for trouble." Even health-conscious First Lady Michelle Obama is known to indulge in a scoop or two of the tasty cold treat — well, at least she did in this funny spoof with Julia Louis-Dreyfus and Vice President Joe Biden.

But of all of pop culture's love of ice cream, TV and movies do it best. From Friends to The Shining, here are some of the top ice cream moments on the big and small screen.

This otherwise forgettable ZacEfron flick does at least feature a bunch of dudes (Michael B. Jordan, Miles Teller) eating their feelings via ice cream.

Speaking of eating feelings, Chandler (Matthew Perry) did the same thing on the classic NBC sitcom after his relationship went downhill.

8. There Will Be Blood

The famous "I drink your milkshake" line is actually a metaphor for oil, but hey, it's still about a milkshake and kinda makes me want an ice cream-filled one.

Milkshakes are made of ice cream and Vincent Vega (John Travolta) indulges in a $5 milkshake that's expensive, but pretty damn good, in Quentin Tarantino's classic film.

Ever wish someone would just give you ice cream when you're craving it? Well, Dick Hallorann (Scatman Crothers) offers Danny Torrance some after telepathically reading his thoughts in the classic horror flick.

One of my favorite moments in the comedy series is when the guys are just sitting around, enjoying cones at Jerry's favorite ice cream shop, Sherm's.

3. It's A Wonderful Life

It's a sweet (no pun intended) scene in one of the most beloved holiday movies of our time. Mary loved George Bailey since she was a little girl, and sits in the soda pop shop with him. As the young George goes to scoop her some ice cream, she whispers in his bad ear, "I'll love you til the day I die." Aww!

How could anyone ever forget this one? After Forrest (Tom Hanks) and Lieutenant Dan (Gary Sinise) get injured in the war, Dan looses his legs and Forrest brings over some ice cream to cheer them both up while lying on gurneys in the hospital. But hilariously, Forrest is more into the ice cream than Dan, making for some great entertainment.

Remember the episode where Bart and Lisa become competitive over — of all things — hockey? When it comes down to the final goal, Bart and Lisa are pitted against each other, but then they start to really look at each other. They each flashback to moments from earlier in their eternal childhoods, and one moment in particular has to do with ice cream: Lisa's scoop falls off her cone and she cries, but Bart saves the day when he gives her one of his. It prompts the brother and sister to put down their hockey sticks and hug. Aww.

There's so many good ice cream-related moments to choose from. Grab yourself a cone and reminisce on these 10 great moments, plus all the other hunger-inducing scenes constantly delivered by the best movies and TV.